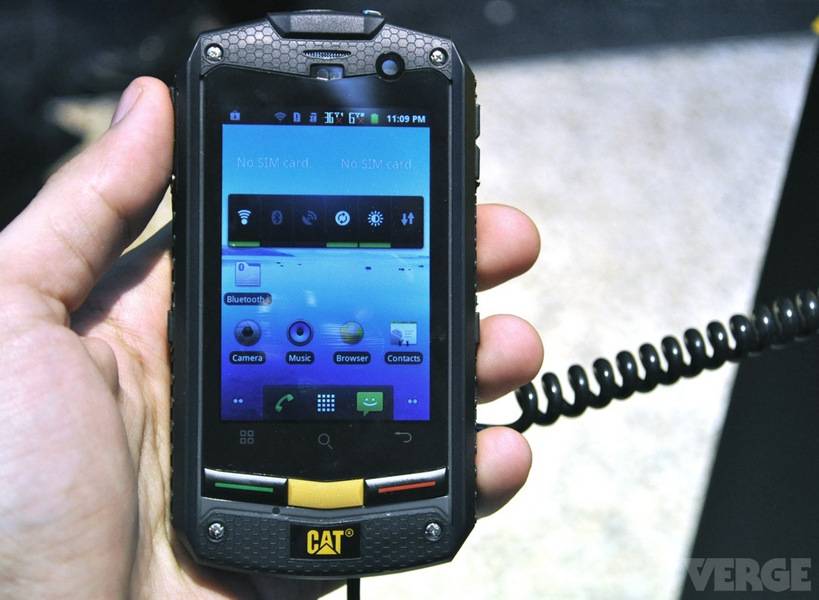 The construction company many will probably know or recognize as CAT has just launched their first ever Android smartphone. This IP67-certified rugged device will be aiming directly at some of the other durable devices competing for the hard at work job such as the Samsung Rugby Smart, or the Motorola Defy. Being waterproof, dust proof, drop resistant and more is this the phone for you? Catarpillar thinks so.

Using their skills of the construction world CAT has designed a truly durable and rugged smartphone. Similar to the Casio G’zOne Commando only this looks even more durable. While the phone may be one of the strongest around, the specs however, might need some more muscle next time around. With a single-core 800 MHz processor, 3.2″ display and 5 megapixel camera its more of a mid or low-range phone. At the same time construction workers don’t want to be tied to a charger so this battle can be won both ways regarding specs.

Running on Android 2.3.5 Gingerbread and still getting a front facing camera you’ll be able to do conferences with the boss “on site” if needed. Hey, it even has an actual physical call and end call button — I haven’t seen one of those in a while. We are hearing it also comes equipped with Asahi Glass. Similar to Cornings Gorilla Glass but different, and should stand up to all types of abuse.

Hit the source link below for more details and photos. We expect to see this device sometime in early May worldwide but no carriers have been announced at this time. We have a feeling Verizon will probably jump in line though, just a thought.

Who would rock this thing? It looks like a brick but that might be exactly what some need.