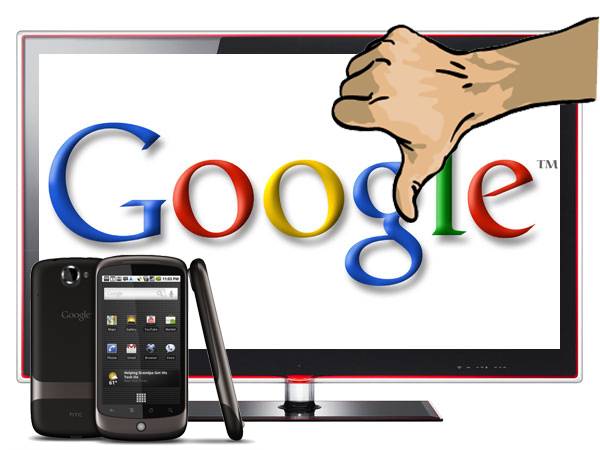 Business Insider is famous for their top 10/15 lists and today released their list of top 15 biggest tech flops of 2010. Joining Palm and iTunes Ping, Google TV and the Nexus one both made the list at positions 15 and 8.

Now we are all big fans of the Nexus One. It’s a very powerful device and that combined with its continued updates to new operating systems (something Galaxy S users are envious of) made it one of the top Android devices of early 2010. However, it’s being ranked as a top tech flop because of Google’s method of getting the device to users and its less than impressive sales.

“Google made a bid to shake up the mobile phone industry by selling its Nexus One phone directly to consumers. While the phone was nice, the sales were not. Google killed the project after a few months.”

Ranked number 8 on Business Insider’s list is Google TV. We have all heard the less than impressive reviews of the device where it has been called “clunky and unnecessary” but it’s a new device, it can only get better in time, right?

“The early reviews of Google TV aren’t good. It appears to be complicated and unnecessary. Maybe next year Google gets it right?”

What do you think of the Nexus One and Google TV? Do they deserve their positions on Business Insider’s list? Let us know in the comment section below!