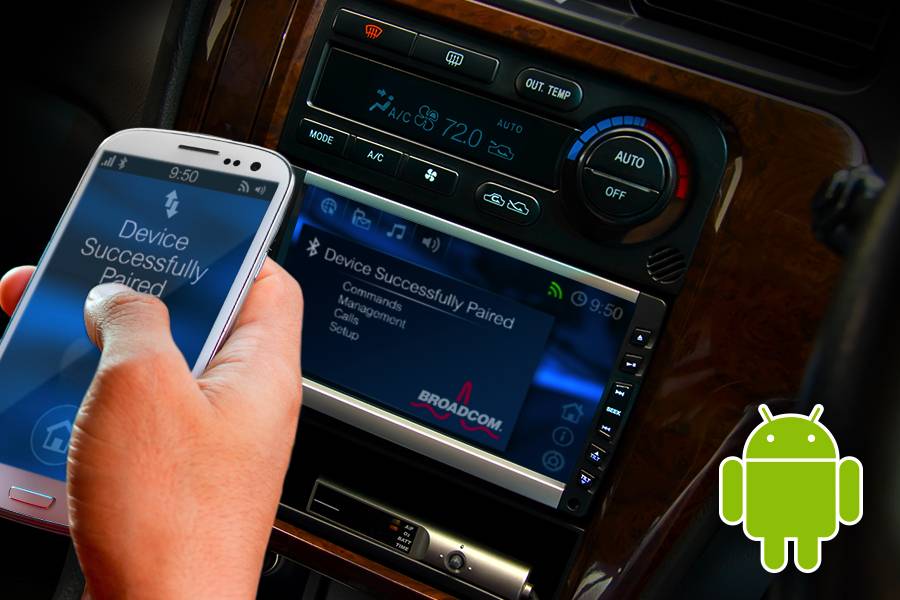 Broadcom has embarked on a journey that will hopefully bring wider support for Android devices among in-vehicle systems. Its new Automotive Bluetooth software stack aims to break down barriers between different and sometimes incompatible Bluetooth stacks in order to deliver seamless connectivity between the car and the phone.

The Bluetooth situation on Android isn’t pretty, at least according to Broadcom. Despite the existence of standards, implementations can still vary across different devices. This has lead to issues in audio quality and connectivity. If automobile makers are going to transition to using open platforms such as Android, they will need something stable and reliable, and Broadcom believes it has the answer.

Although the company is probably more well-known for making networking components found in routers or computers, Broadcom has also invested heavily on Bluetooth technology, participating in the Bluetooth Special Interest Group (SIG) and even contributing its Bluedroid software stack to the Android Open Source Project (AOSP). In fact, this new Automotive Bluetooth stack is an extension of that.

Broadcom doesn’t go into the technical details of the stack, but it does make some promises. For one, the software is expected to significantly improve the experience of hands-free calling or listening to streaming music. Secondly, by integrating Bluetooth Smart Ready technology, in-vehicle systems will be able to easily connect with wearable smart devices such as smartwatches or fitness trackers that will be monitoring the driver’s health. Despite catering to Android devices, Broadcom’s Automotive Bluetooth software stack can be used not just on an Android-based in-car system but also those that run Linux or some other Real Time Operating System (RTOS).