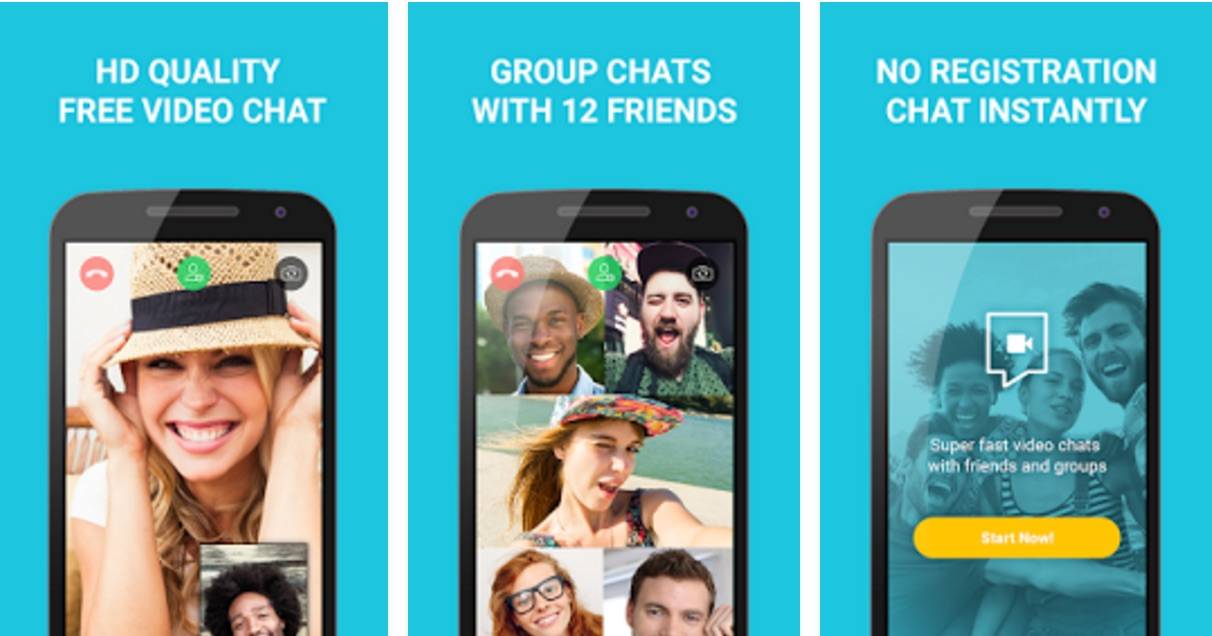 When Booyah video group chat first announced that they were now available on WhatsApp just last month, they actually beat the popular messaging app at their own game. While the WhatsApp developers were still planning and testing, Rounds, the company behind Booyah was already launching and enticing users to go on its no frills group video chat app. Now just a month later, they have announced support for other apps like Kik, Facebook Messenger, Twitter, and even your smartphone’s SMS.

Probably one of the great things about Booyah is you don’t need to register or log in or whatever, just invite whomever you want, as long as they’re on any of the supported apps, and you can have one, happy video chat conversation. Well, only 12 are allowed in there, but that’s okay since you wouldn’t want to have too many people in that conversation right? To ask someone to join, you just need to send them the link to the conversation, even if it’s already ongoing. No need for synchronization or waiting for everyone to be there. Just join when you want to. (well, unless it’s for a really important meeting then you have to be there)

Booyah has also already hit the one million user milestone just four weeks after it officially launched for both iOS and Android. This may mean that people are really excited to have the chance to video chat with their friends or Rounds/Booyah have a really great marketing team (or can be both). Aside from the additional four platforms, the update has also brought improved voice and video quality, as well as a change in the original icon “that none of you liked.”

You can update Booyah if you have it already or download it from the Google Play Store for free if you don’t have it yet.