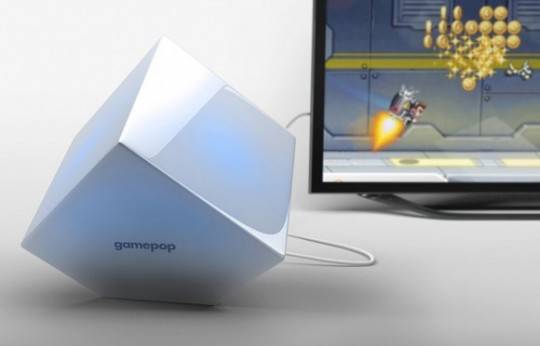 BlueStacks announced the GamePop console earlier in the month and opened up pre-orders immediately. More to the point, BlueStacks were giving a console and controller for free if you signed up for a year long subscription. The subscription is priced at $6.99 per month and includes access to (at present) more than 500 games. The one catch with that offer is how you have to pay — for the full year up front.

Basically, that meant an initial layout of $93.83. Of course, that gave you a free console and controller and the ability to play an unlimited amount of games for a full year. This seems like a good option to consider, however there will also be the option to pick up a console once this initial pre-order offer expires. With that in mind, it seems the retail price of the console is going to be a bit higher than originally expected.

The GamePop was initially expected to drop at $100, however the pricing has since been announced as $129. And for those looking for the comparison, this means the GamePop is more expensive than rival OUYA, which is currently selling for $99.99. Otherwise, this initial free console and controller offer was set to expire at the end of May, however that has since been extended through June due to high-demand.

In addition to the pricing of the console, BlueStacks also had some game related news. The company has said they added games from three additional developers. There wasn’t much in terms of specifics, however they said these games would normally cost more than $50 if purchased from the Play Store. But with the subscription pricing, those games will all be available without the additional expense.

Previously announced game partners include Glu, Halfbrick, and Gameloft. As of today we are also hearing a bit from another developer, Intellijoy. They have said joining Gamepop was a “no brainer” and they will be adding a handful of normally paid games. These games are said to be worth “nearly” $30, but again, they will be available with no added cost because of the monthly subscription.