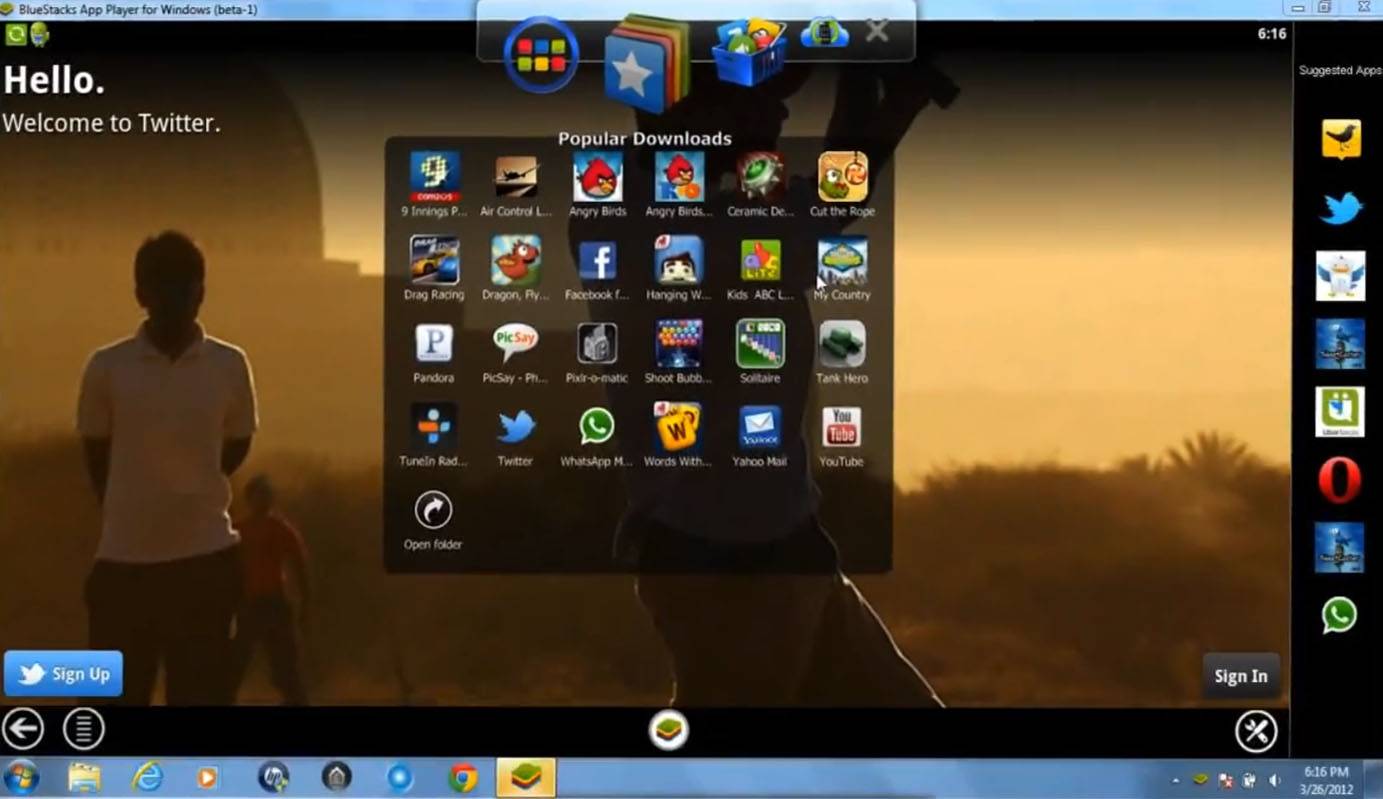 One of the more exciting non-hardware innovations to pop on the Android scene last year was BlueStacks, a comprehensive piece of Windows software that allowed Android apps to be downloaded and installed on standard PCs. The program has graduated from alpha and entered its first beta – download it from their website now. (Sorry Mac users – they’re working on it.) The update brings a host of new features, better performance and integration – if you were turned off by a low featureset before, you’ll definetely want to check it out now.

First of all, the compatibility has been greatly enhanced. The vast majority of Android apps should work without a hitch, excluding some of the more demanding 3D games. Yes, you can play Angry Birds Space. And you’ve got a little more flexibility in doing so, now that a Windowed Mode has been added. The syncing feature that allowed you to move apps from your Android phone to BlueStacks has been enhanced, though you still need to use Bluestacks’ Android app to do so. If you don’t have an Android device (or just don’t want the hassle) you can now download apps directly from GetJar.

Between a smoother and more polished experience and BlueStacks’ partnership with AMD, things are looking up for the company and the service. With Windows 8 on the horizon, the lure of bringing hundreds of thousands of ready-made apps to a brand new platform is hard to ignore. The new version looks very promising indeed – it’s already showing up pre-installed in at least one Windows tablet, and I’d bet you’ll be seeing more tablets and touch-enabled all-in-one-desktops sporting BlueStacks soon.