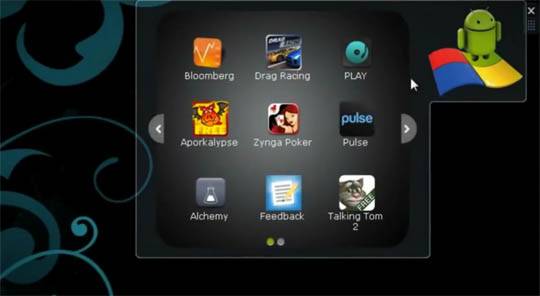 If you’re still holding on to your ancient Windows XP machine and you’ve got a hankering to try out the impressive BlueStacks app emulator, today is your lucky day. The software is expanding support to older Windows versions, XP and Vista, and it already supported Windows 7. Other than the expanded platform support there isn’t much new, since the premium version and the OS X version are still in development.You can download the software from their website.

BlueStacks got a lot of attention when they debuted their Android emulator, which allows quick and easy access to free Android apps. Users can also move apps from their Android phone to BlueStacks on their computer using a software portal. The performance isn’t great at the moment – you’ll need a powerful computer to run games smoothly – but the ability to run Android apps relatively painless ly on desktop hardware is alluring. It’ll only become more so as Windows moves into the tablet realm with Windows 8.The software is already showing up on at least one ViewSonic tablet.

AMD agrees. The processor company invested 5.6 million dollars into the company to spur its development, and help create a viable base of touch-enabled apps for x86 netbooks and tablets. With all this interest comes some very exciting times for BlueStacks – we’ll probably be seeing them at the Consumer Electronics Show in January. We’ll be on the lookout for more feature and platform updates.