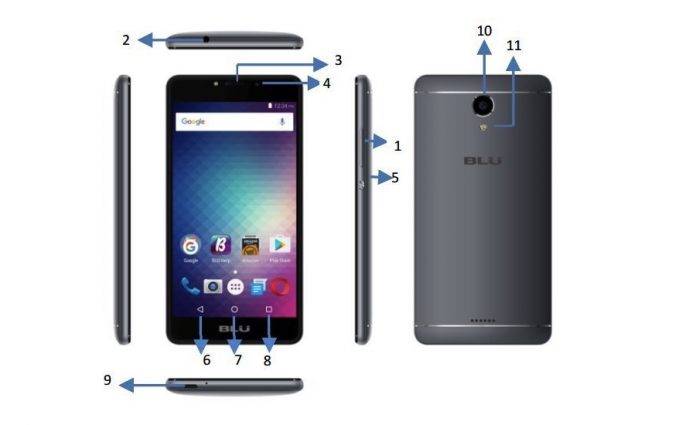 After the BLU R1 HD and the Prime exclusive offering being rooted, here comes the new BLU R1 Plus ready to impress with a long battery life. The 4100mAh battery is powerful enough for a mid-range smartphone. The device also uses a new and faster processor MediaTek–from MT6735 to the MT6737V chipset.

The BLU R1 Plus features a 5-inch screen with 720p resolution, micro USB port, dual SIM card support, and a 3.5mm headphone jack. The phone was sighted on the FCC which means it’s about to be announced anytime soon.

We know it will be available on the top e-commerce site so expect Amazon apps pre-installed on the unit including Alexa, Photo, Drive, Music, Video, and Kindle. What’s more interesting though is the idea that it will run Play Music, YouTube, Google Maps, Gmail, and Google Play Store out of the box. It’s supposed to be an Amazon-centric phone so having those Android apps pre-installed is a bit surprising.

Still no information on availability and pricing but it should be anything around $100. It can even be cheaper if offered through Amazon Prime Exclusive–maybe as low as $49. Amazon currently offers more low-budget to mid-range phones so let’s wait and see.