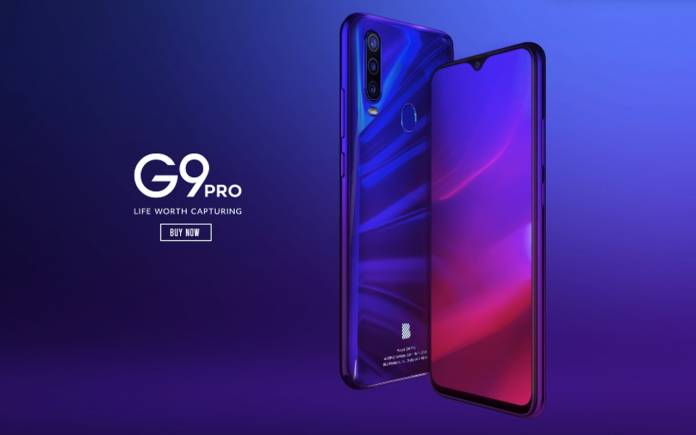 The last smartphone from Blu Products we featured was the Blu G9. The device came with Android 9.0 Pie, a large screen, and a powerful battery. It’s about time it gets a follow-up and here is the Pro version. The Blu G9 Pro is the newest triple-camera flagship phone in gadget town. It comes with AI power and a large 6.3-inch Full HD+ Infinity Display. BLU Products is available in the US and so we can expect this to be available in most retail stores and online via Amazon.

The BLU G9 Pro will come unlocked in the US. It doesn’t have 5G yet, just plain 4G LTE. It’s compatible on most GSM networks in the country like T-Mobile, AT&T, Metro PCS, and Cricket among others. Not that you can’t use it with Boost Mobile or Verizon as those are CDMA networks.

BLU G9 Pro‘s triple rear camera includes a 16MP (F/1.8) plus 5MP depth (5P lens) plus 20MP (F/1.78) Night Mode camera with flash. The selfie shooter is 24 megapixels. The phone utilizes AI when it comes to imaging so it can identify any scene, environment, or object. The phone is powered by a 2.0GHz Mediatek Helio P60 Octa-Core processor, 4GB RAM, and 128GB internal storage. A MicroSD card slot expands memory for an extra 128GB.

The battery is only 4000mAh but can last up to 36 hours on standby mode. It comes with an 18W Quick Charger and 10W wireless charging support. A fingerprint sensor is found on the rear. Design-wise, we see a very sleek smartphone with a nice blue-to-purple gradient glass back cover.

Pricing of the Blu G9 Pro in Nightfall starts at $249.99 for the 4GB RAM variant. You can get it early with a $50 discount if you purchase now on Amazon. Note the Blu G9 Pro can directly compete with the Moto G7.