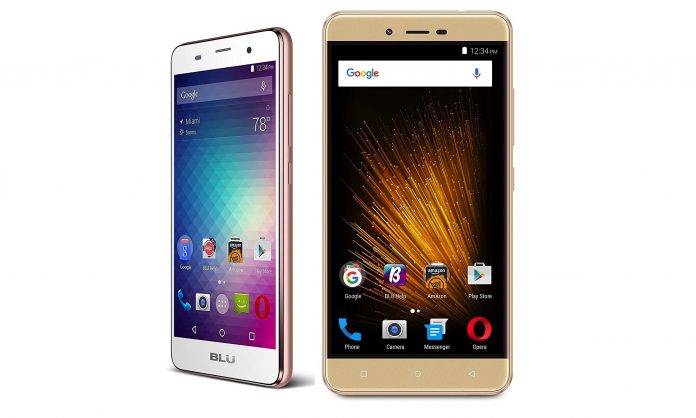 It was only last week when BLU devices were removed from Amazon. The whole lineup of BLU phones was temporarily unlisted following the new issue that the Chinese-made software AdUps was still getting information from millions of devices. BLU was just one of the many brands affected and Amazon quickly suspended sales without making its own investigation or inquiry.

But good news as over the weekend, the Chinese company tweeted that “BLU devices are now back up for sale on Amazon” with a link to its Amazon page. The problem was supposed to be fixed already when Kryptonwire released a report last year. Apparently, a simple update would bring back the proble as some phones with AdUps were found to be still sending out data. It wasn’t really stated that the AdUps was a spyware but previous reports implied such.

The software in question was described as a “FIRMWARE THAT TRANSMITTED PERSONALLY IDENTIFIABLE INFORMATION (PII) WITHOUT USER CONSENT OR DISCLOSURE”. It’s not exactly “spyware” but that is more or less the same based on the official definition by the FTC.

BLU was firm that it did not know of the problem and that it isn’t guilty of “gross negligence or intentional wrongdoing” as everything is written on the Privacy Policy. It is indicated that those Personal Identifiable Information Storage could be “moved from your country of residence to the United States or any country where this data is stored”.

BLU will retain any personal identifiable information (“PII”) that it collects through our software while you have an active BLU device. By using BLU devices, you are allowing your information associated with your device to be moved from your country of residence to the United States or any country where this data is stored.

BLU uses industry standard security methods and procedures to protect the information that it collects, but you acknowledge that, like all Internet-connected systems, BLU will not be responsible for the failure of its security except in cases of gross negligence or intentional wrongdoing.

BLU limits the disclosure of your PII to only the third parties used to fulfill obligations or services for BLU users. These companies have access to personal information needed to perform their services or functions, but may not use it for other purposes without the sole permission of the user.”

This means that BLU mobile users agree that the PII could be transmitted to a third party outside the United States. It didn’t say China but anywhere outside the US could be allowed as per the policy.

BLU also said that everybody’s doing it. OEMs like Google, Huawei, and ZTE are participating in this practicing of sending data collection so there really is nothing to be worried about. BLU is also insisting that in the recent report, the Cubot X16S was the only one discovered to be spying on the users.

Spying or not, we learned BLU Products could be switching to Google’s OTA software instead. That’s good news and for BLU products to give the consumers assurance and peace of mind.