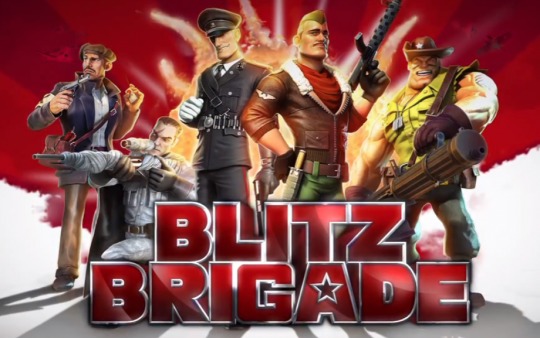 Today we just learned some awesome news thanks to the folks over at Gameloft. In what looks to be one of their better titles available this year, Blitz Brigade, you’ll be running around and shooting enemies in a fast-paced free shooter game for Android and iOS. The good news, it will hit the Play Store tomorrow. We’ve been told late tonight, so we’re guessing around midnight.

Gameloft has released a few teaser trailers, which we have for you below, and will update once the official game launch trailer is revealed. If you love first person shooters, high action fast-paced games, or are a mobile gamer at heart you’ll want to check this out.

The original teaser trailer was revealed back in February by Gameloft, but since then they’ve been pretty quite, which is unusual for Gameloft. They’re known for releasing tons of teasers and hyping up their games. Maybe they’ve just been busy with their new Iron Man 3 title for Android. Either way, Blitz Brigade looks freaking awesome, and will be available tomorrow.

The cartoon-style characters remind many of Team Fortress, which is an amazing game, and Blitz Brigade is set in Wold War II. It is a free-to-play first person shooter that is heavily focused on big team battle style multiplayer. They’ll have single player challenges available as well for those who’d rather not get shot in the face too much. Here’s what to expect from this free game.

So, Gameloft promises the game will be out tomorrow, or sometime tonight. So you’ll want to check back here as we’ll have all the details once it becomes available. In the meantime, enjoy these brand new screenshots below giving you a look at what to expect from this awesome looking shooter for Android.