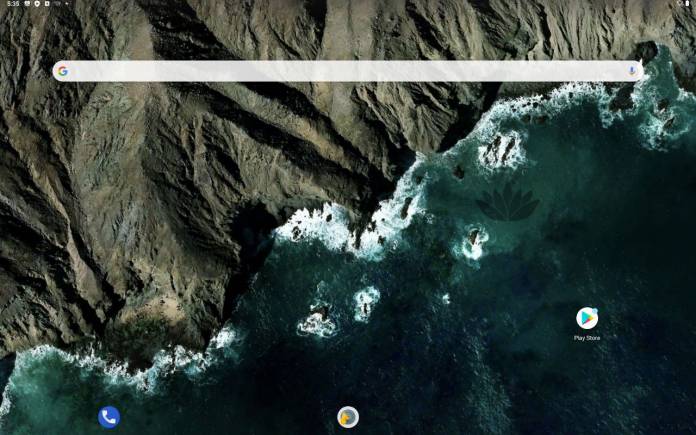 Google doesn’t have an official version of Android for PCs, but that hasn’t stopped independent developers/communities from experimenting and porting the mobile OS on laptops and computers. One team that has been a pace ahead of the others in doing so is the Bliss, which has now launched the first alpha build of the new Bliss OS 14 that brings Android 11 to the x86 environment.

Bliss OS is Android-based software that brings Android OS to devices with x86 processors. The team’s latest build uses kernel 5.8 and does a fair bit of task though it’s still in alpha and will take time before you can actually set it up to enjoy all the features.

The new Bliss OS 14 can run Android 11 on almost any x86 based device it is installed on; there are some problems the users are likely to face since this is still a work in progress. The developing team has however managed to excel beyond the early hiccups of running ARM and ARM64 apps on computers. Android 11 does not allow users to hide navbar, hence a script has been used as a workaround – to disable the navbar.

Who's bringing Android 11 to your PC? We are 😉
Introducing Bliss OS 14 Alphas, from #AndroidGenericProject https://t.co/oISDIAZWL9@stayblissful pic.twitter.com/vbUsfS2xkJ

Recently we reported Bliss OS had been updated to versions 11.12 and 11.13 with support for Magisk and ARM64 to make Android apps widely available on x86 PCs. And now the OS itself intends to bring Android 11 to the PCs, which is a huge plus from developers and tinkers.

But as said, there are some issues that you need to be careful of before trying the new bliss OS on your machine. Putting the system to ‘Sleep’ may not work smoothly for now – some machines restart. Also, volume, Bluetooth, and rotation issues have been identified on certain machines. There are issues with most Magisk modules and Firefox browser.