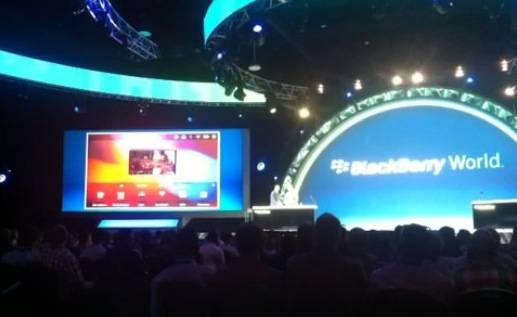 RIM has demonstrated Android apps running on the BlackBerry PlayBook, the company’s strategy for significantly boosting the number of titles available for the QNX tablet later in 2011, and giving Android developers another outlet for their coding wares. Demonstrating the functionality at BlackBerry World 2011 this morning – in an event that also bizarrely saw Microsoft CEO Steve Ballmer take to the stage – RIM confirmed that gestures on the PlayBook would be mapped to the various Android button-presses.

Each app will run in its own virtual machine, loading from the standard file rather than any sort of recompiled binary. To the user, it will be completely seamless: they will simply have Android app shortcuts mixed in with native BlackBerry app shortcuts.

As for distribution, rather than putting the Android Market onto the PlayBook, RIM will be distributing titles through its existing App World. Developers will have to submit their titles to RIM for approval, independent from Google’s approval process.

Update: CrackBerry has another demo video: