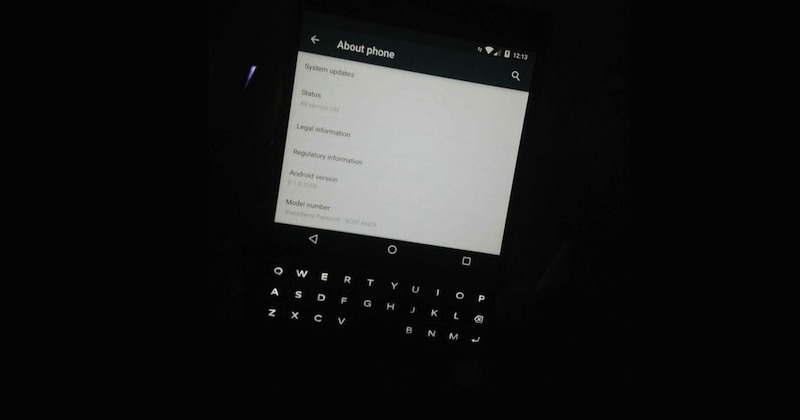 It is only a matter of time before BlackBerry fully embrace Android as its new mobile platform. Sure, the Blackberry 10 running some Android apps is an important development but a BlackBerry-manufactured Android phone is something to look forward to. Nothing is certain yet but we already know that BlackBerry might use Android OS on new devices.

The phone is believed to be codenamed as Venice within the company. It’s also said to be a slider phone with touchscreen and physical QWERTY keys. We’re estimating the BlackBerry Android phone will be unveiled very soon. Why, BlackBerry developer has recently shared a photo on Twitter of a BlackBerry Passport running Android. We’re not sure if this was a leak or he really intended to share the photo but it’s out now.

The BlackBerry Passport aka the Venice handset is said to run either BB10 or the latest Android OS based on the model number sighted— SQW-ANDS. The ANDS could refer to Android. We’re guessing Android 5.0 Lollipop but since the Android M is coming soon, BlackBerry could be considering that one too.

The new version of the BlackBerry Passport has yet to be unveiled officially. For now, we’re content with rumors and hints because they usually turn out to be true anyway especially in the mobile industry.