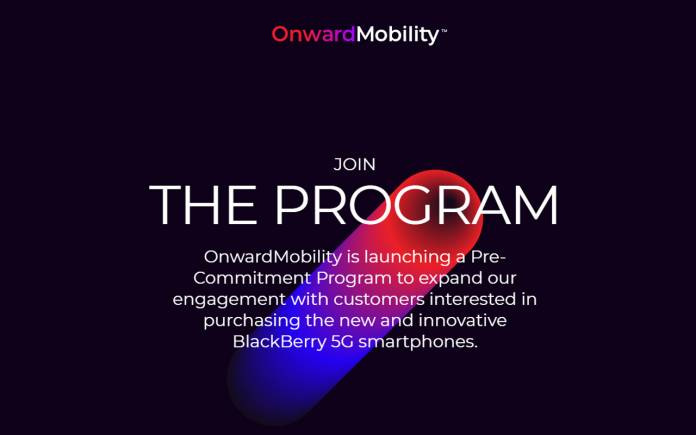 Once a pioneer in smartphones, BlackBerry, was lost in the dust blown by the Android and iPhone monikers. There has been a murmur in the air about a new BlackBerry 5G smartphone hitting the market. It was only in the air until BB partners OnwardMobility recently launched a pre-commitment program inviting customers for their interest in buying a BlackBerry 5G smartphone. This news has done nothing more than consolidating the rumor that the new 5G smartphone with a physical QWERTY keyboard may just be around the corner.

UnwardMobilty and BlackBerry announced a tie-up in August last year and since then a 5G-based BlackBerry device is much anticipated. It goes without saying that this model will definitely have a physical keyboard.

The rumors initially suggested that the phone could launch as early as the first half of 2021. As things have not been to the word in the last year or so, this hasn’t turned out true as well. Now this latest commitment program invite sheds light on the fact that the phone may not be ready as of yet, but it is definitely going to launch, and that could be really soon.

With the pre-commitment program, OnwardMobility hasn’t mentioned any revised launch date or anything. So fairly, there is no chance to make a guess, but if you are interested in a 5G BlackBerry smartphone, the least you can do is register with your email for this program.

With this, OnwardMobility commits on providing you with the availability updates and the information about features of the forthcoming phone ahead of the others. The program will also give you a chance to provide feedback and suggestion to ensure the phone lands exactly like you want it to be.