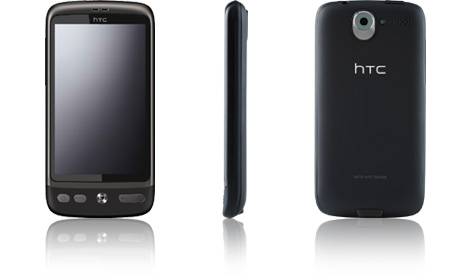 Holding out for the black version of the HTC Desire?  Initially promised for the end of April by Orange UK, a combination of volcanic ash and firmware issues have seen the Android 2.1 smartphone delayed.  Now, Android Community tipster Chris has let us know that the black Desire is expected to arrive early next week.

That’s come straight from Orange UK customer services, who told Chris that the limited edition Desire was expected to arrive in their warehouses sometime in the first week of May.  Actual shipments out to customers should take place from “middle to late next week”.

Orange’s product page is here – it still says simply “coming soon – and the specifications for the handset are the same as the regular model we reviewed back in March.  The phone will be priced from free on new contracts.