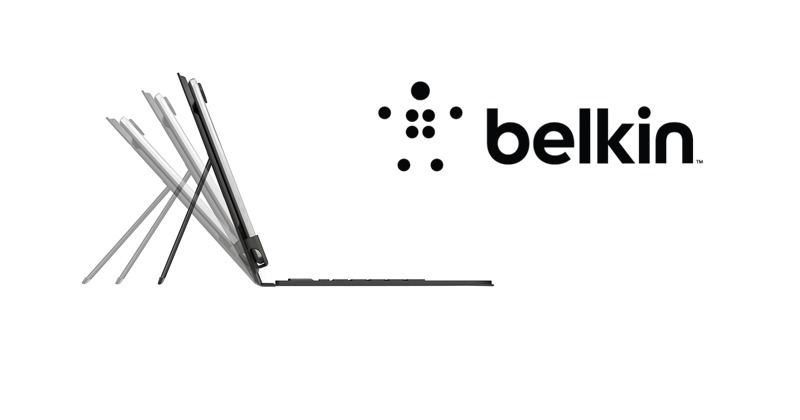 Just a day after Samsung unveiled their top-of-the-line tablets, the Galaxy Tab S, gadget accessory manufacturers Belkin and Logitech are already leveraging on the new Samsung tablets by selling their own accessories for these. The Galaxy Tab S comes in two variants, the 10.5-inch and the 8.4-inch, and also come with their own premium accessories, but Belkin and Logitech it seems were fastest to the trigger in putting out their own accessories for Samsung’s new tablet line.

First up is Belkin’s “QODE Universal Keyboard Case”, set to compete with Samsung’s Bluetooth Keyboard accessory. Samsung is betting that workaholics will want to be able to have laptop-like functionalities with their Galaxy Tab S, and to do that, they will have to invest in a keyboard accessory. Belkin has just the thing, combining its own universal Bluetooth keyboard with a tablet cover functionality. The cover itself provides a tablet stand configuration so the screen can be propped up like a netbook. Belkin also released its patented TriFold covers for both the 10.5-inch and the 8.4-inch variants. The lightweight covers have foldable flaps that will give the Galaxy Tab S users two different configurable viewing angles to choose from, aside from functioning as device protection.

Meanwhile, Logitech also came out with their Type-S keyboard case, which in the same logic as Belkin’s product, doubles as a protective case and a Bluetooth productivity keyboard for Galaxy Tab S users. Logitech claims that the Type-S will compliment the Galaxy Tab S’s light and thin design, while still offering protection and a keyboard that can combo with the tablet for people who want to use the device like a netbook of sorts.

Belkin’s pricing for the QODE Universal Keyboard Case is at USD$99.99, while the TriFold covers are priced USD$39.99 for the 10.5-inch tablet and USD$34.99 for the 8.4-inch tablet. The covers are available in black and the popular Belkin purple color. The Logitech Type-S keyboard case is also priced at USD$99.99.