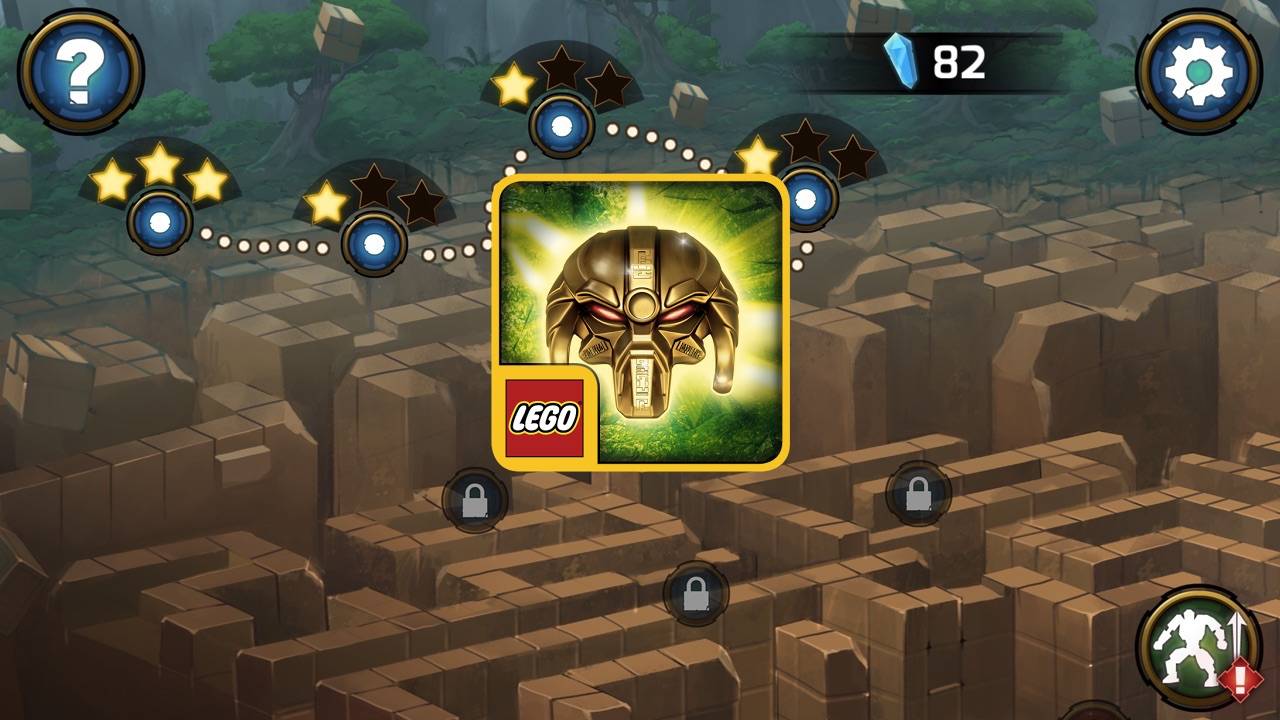 We don’t know who are the guys planning the LEGO games–if they’re the top executives, a group of creatives, or simply the geeky gamers and developers at the company. Whoever is responsible for such games, we salute you for not running out of ideas. That’s not really a problem since anyone can be creative with Lego–bricks or not. More than a year after the first LEGO BIONICLE game was released, the LEGO System developers announced the second version: LEGO BIONICLE 2 – Mask of Control.

The new Lego mobile game will have you going deeper into the Labyrinth of Control. In this game, you can be Tahu, Pohatu, or Lewa who will be tasked to defend the team and finish the maze. You need to get out of the dangerous maze before Umarak the Hunter gets to you.

Th hunter was sent to find the old Mask of Control Makuta. His quest for that item will cause you and your team of Toa some problems a long the way. This journey will not end until you beat those vicious enemies who will challenge you and the Elemental Creatures.

There are numerous battle scenes to endure but you’re born to fight all the enemies. With your Toa, level up their skills and unlock some powers with improved stats, combat moves, and more special powers. Lego Bionicles is one fast-paced fighting adventure game so you need speed, agility, and skills to finish every level. Umarak the Hunter will also be lurking from the shadows. You won’t notice him trying to stop you but he definitely is out there.

Gameplay is easy to master. Simply swipe or tap buttons to unleash special powers and deliver defensive moves. There are Crystal Shards to collect that will later on can be launched to unlock a special combat move or power. If your Toa can’t finish the journey, you can always summon the Elemental Creatures and be ready to fight the Umarak The Hunter, Skull Grinders, Skull Bashers, and the Skull Warriors.