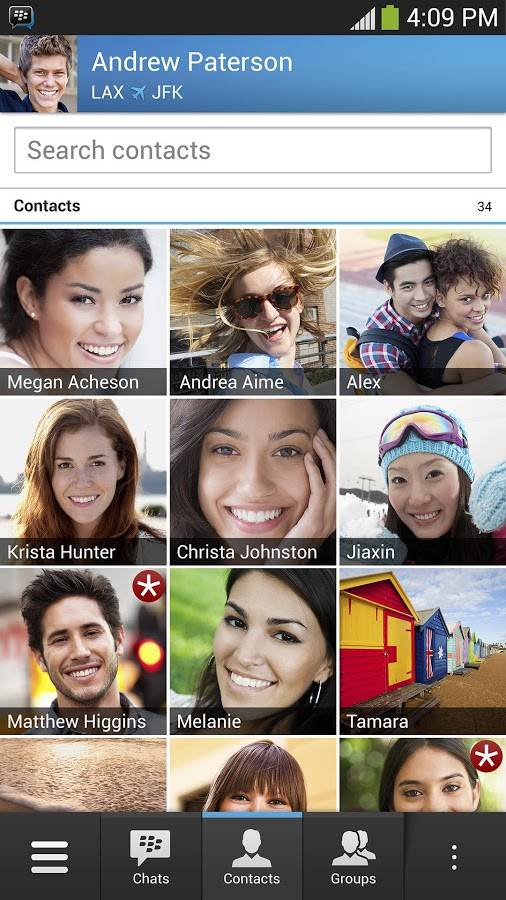 It’s barely been a week since its launch, but the BBM app for Android is already seeing its first update. Looking on the bright side of things, this could be taken as a sign of BlackBerry‘s commitment and speed to address issues on a platform that is not its own.

After several weeks of delays, the Canadian company finally launched its BBM app for Android and iOS last Monday. The update that was released today mentions bug fixes and performance enhancements, but also makes a vague reference to adding support for more Android devices, which we could always take as a good thing. While there have been almost no or very little complaints about the performance or user experience of the app itself, the BBM app still didn’t escape unscathed from controversy.

BlackBerry was quick to point out the rapid rise in popularity and positive reception of the app, which now has 5 to 10 million downloads and almost 185,000 reviews on Google Play Store. However, closer inspection has cast a shadow of doubt on those figures. A great number of comments use the exact same words, and even the exact same grammatical errors, leading some to suspect the involvement of some sinister marketing entity. 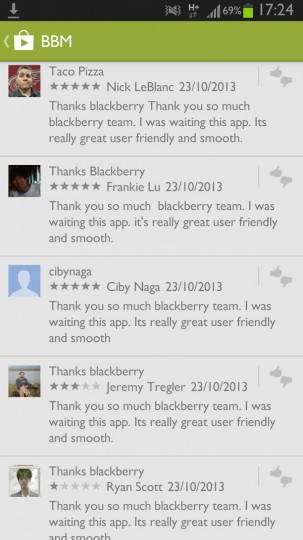 That’s not to say that there are no valid reviews for the app and BlackBerry was quick to show its disapproval of such tactics to artificially inflate the app’s popularity, claiming that it played no hand in the matter. It is somewhat unthinkable that BlackBerry would knowingly resort to such naive and painfully conspicuous means, but the question now is what steps the company will take to save BBM’s image from getting tarnished even further.

SOURCE: BBM on Google Play Store
VIA: The Next Web