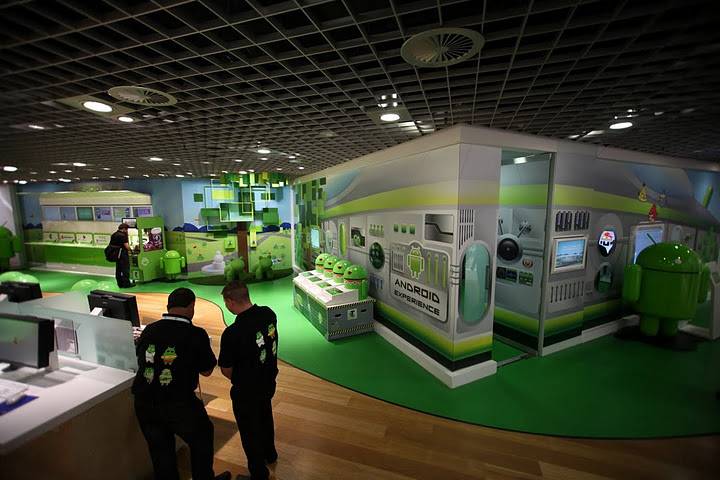 It’s been hard to be a down under Android fan lately, what with Apple’s relentless hounding of Samsung design patents bouncing up and down the judiciary ladder. But there’s at least one perk: wireless carrier Telstra has created the first Android-themed retail store, Androidland in Melbourne. Naturally various Android phones and tablets are on display, but more interesting is the Android marketing that positively saturates the space. And of course, there’s nary an iProduct in sight.

It’s kind of shocking how much neon green is on display. Tchotchkes and toys are for sale in addition to gadgets – if you’re in Melbourne and want to pick up some of the limited edition Android figures you’ve seen in Android Community reviews, this is probably the place to start. Others can get in on the action as well, with Angry Birds plush toys and various accessories for sale. Check out the video below for a look inside:

Manufacturers on display include Samsung, HTC, Sony Ericsson, Motorola and LG, though naturally only phones on Telstra’s network are featured. Google partnered with the carrier to create the experience inside Telstra’s primary retail center. Interactive kiosks with HDTVs running Androidify and Google Earth dominate the central display. Naturally you can pick up snacks – Cupcakes, Froyo, and Gingerbread. Ice Cream Sandwiches should be coming in any day now.