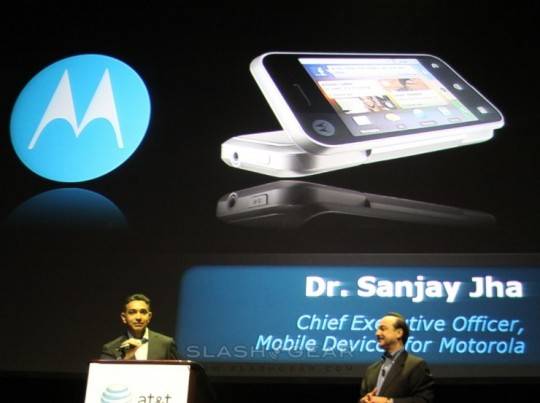 AT&T already announced their plans to bring a Motorola Android-based device to their customers, along with more offerings from Dell and HTC. It has been confirmed that the first Android Smartphone to arrive to the last of the major carriers without one, will be the Motorola Backflip.

The Motorola Backflip, as you might remember, has a distinctive hinge with a backward-facing QWERTY keyboard. This Motorola handset will be exclusive to the AT&T network, and apparently, this will be the only Android-based handset by Motorola on the carrier.

This smartphone will run the new social networking interface from Motorola known as MOTOBLUR. There is no confirmation on the exact price, release date (only first half of 2010) or if the name will be the Backflip, the Enzo or something else.