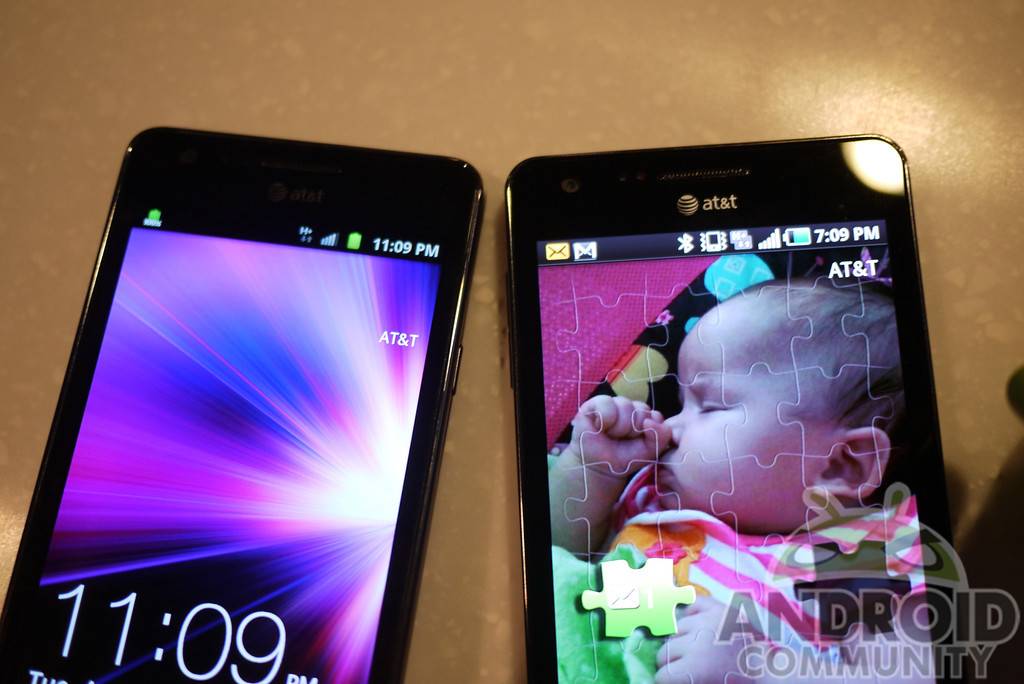 AT&T also has their own Galaxy S II to show off today and we were able to snatch a few photos and a quick video before they threw it back under the glass. I’ve wrote Galaxy S II so much today I think I’ll just say SGSII from here on out. So, AT&T will be launching the SGSII come September 18th and be just a few days behind the others, but don’t worry it will be yours with a new 2-year contract for only $199.

Just like the rest of the carrier today, AT&T announced the Galaxy S II and you can read all about that here. Since AT&T already offers the Samsung Infuse 4G with a large 4.5″ display they must have decided against that large size for the SGSII because they are the only carrier in the US offering it with a 4.3″ display rather than the 4.52″ that was announced today. Either way here are the official specs. 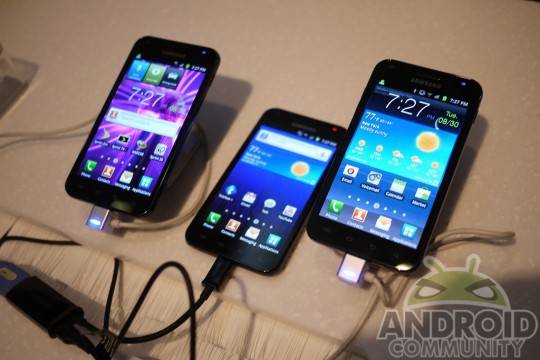 Now for our hands-on we actually brought along the little/big brother the Samsung Infuse 4G. While it has a 4.5″ display it only offers a single-core CPU so that is clearly where the SGSII has the advantage as it’s 1.2 Ghz and has an extra core for when you need it most. The smaller of the two pictured below is the new Samsung Galaxy S II headed for AT&T come September 18th.

Again performance was excellent and no one will really have any issues there. Everything was extremely fluid and performed great and we experienced little to no lag at all. Touch Wiz was fast and stable too. The AT&T Model looks closest to the version launched in Europe because it features the same size display and you will all be just as pleased with it as those Europeans are. We plan on fully reviewing the phone come launch time but for now here are some pictures for you to enjoy.