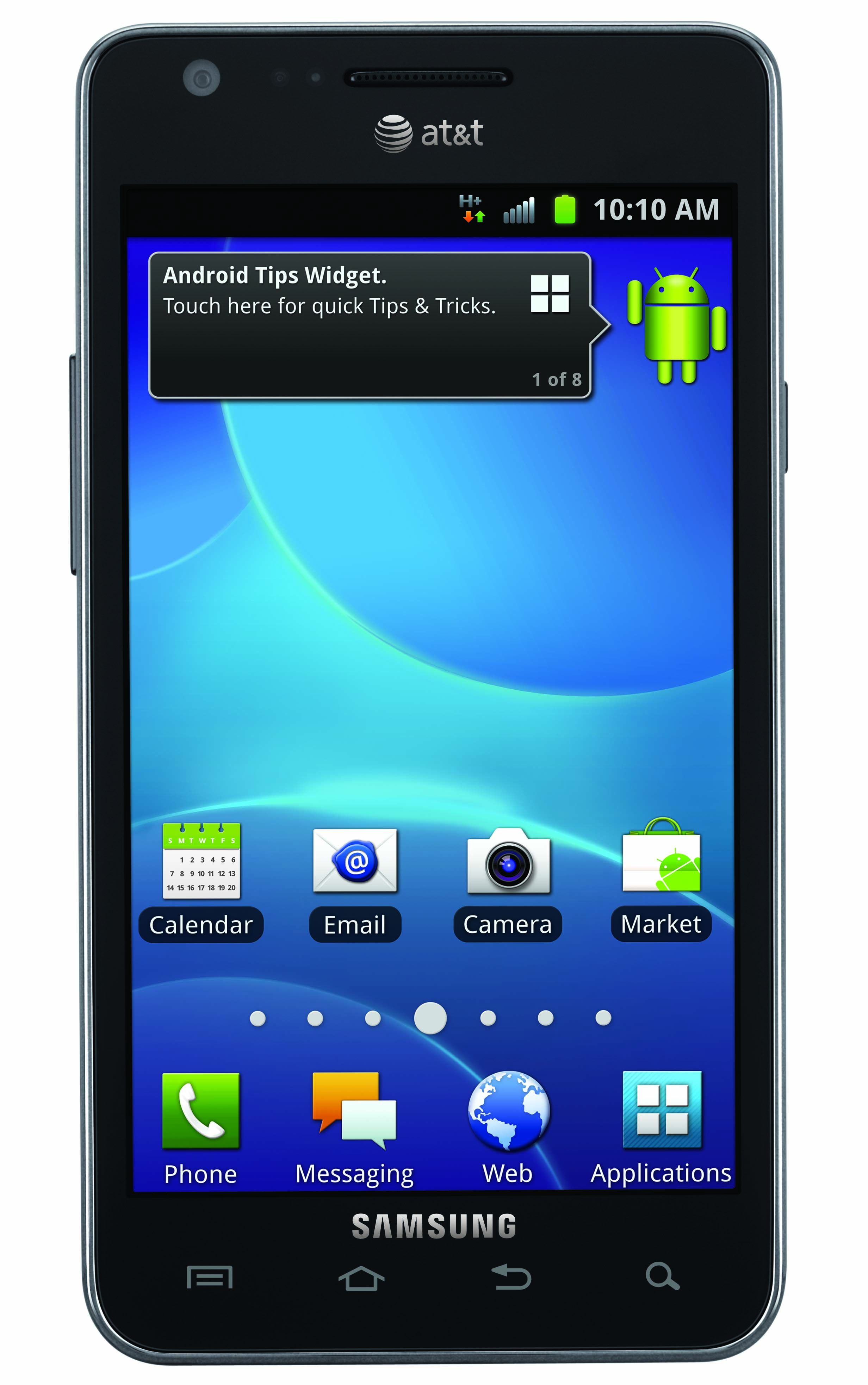 The details just coming in over the past few minutes but just as we guessed Samsung has announced the Galaxy S II for all three major carriers in the US with the exception for Verizon. We have some press photos for everyone to enjoy and as soon as we get some hands-on time with the real devices we will be sure to update. Sadly the AT&T version will be coming to market with the same 4.3″ display we’ve seen on current models.

Again we are here live in NYC and will update as details come in. It appears AT&T and T-Mobile have both decided to leave the name untouched and are calling it just the AT&T Samsung Galaxy S II. I like that better than the Attain, or Function or whatever else we’ve heard. AT&T’s version of the S II features an 8-megapixel autofocus rear camera with flash and 1080p video capture, a 2-megapixel front-facing camera, and the latest generation of TouchWiz atop Android 2.3. but they did opt for the smaller 4.3″ display vs the 4.52″ we’ve seen leaked recently.

Like we already knew it will be coming to market with the Samsung dual-core 1.2 Ghz processor and 1GB of RAM. With the smaller screen AT&T is also claiming they have the thinnest model so that is a plus. The Samsung Galaxy S II on AT&T will be available September 18th. Stay tuned for more details and hands on video coming very shortly