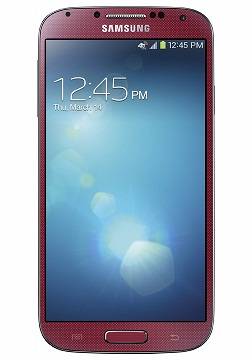 Samsung confirmed four additional GALAXY S 4 colors earlier this morning and it looks like one of those new colors will soon be launching with AT&T. The carrier will be launching the GALAXY S 4 in Aurora Red and pre-orders are set to begin this week. According to details coming from AT&T, pre-orders for the Aurora Red GALAXY S 4 will begin on Friday May 24th.

The online and in-store availability will then begin a few weeks later, on June 14th. The handset will be available in the 16GB model which means it will arrive priced at $199.99 on a two-year agreement. Otherwise, the Aurora Red release will be exclusive to AT&T and it will be joining the existing colors of Black Mist and White Frost.

Aside from the new color, the specs and features remain the same. Basically, that is to say the Aurora Red GALAXY S 4 will arrive sporting a 5-inch Full HD (1920 x 1080) display at 441ppi with a quad-core 1.9GHz processor and 2GB of RAM. The GALAXY S 4 also has a 2 megapixel front-facing camera, 13 megapixel rear-facing camera and is running Android 4.2.2 Jelly Bean with TouchWiz. 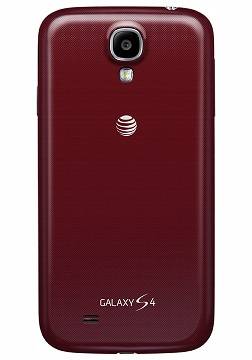 A few other GALAXY S 4 perks include the Dual Camera mode that allows the user to capture images using both the front and rear-facing camera as well as a built-in IR sensor that will allow the handset to serve as your remote control. Plus, there is support for the AT&T 4G LTE network.

Bottom line here, this could be the AT&T branded GALAXY S 4 for those who were not quite feeling the regular white and black models. Finally, aside from the $199.99 two-year pricing, those looking to ditch the contract will be able to shell out $639.99 to purchase the handset outright.