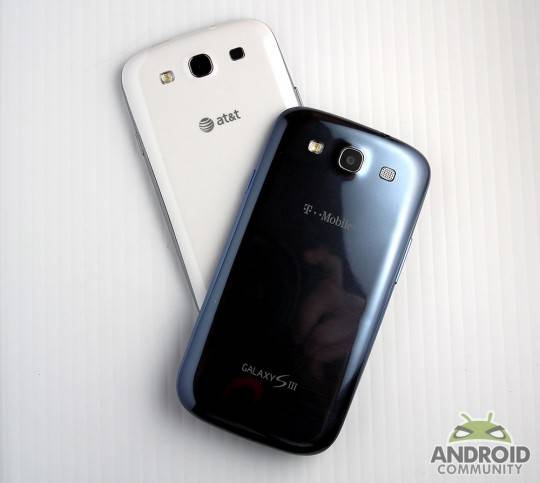 Last week was supposed to be all about the Galaxy S III but production delays and a huge demand caused all the US carriers to slightly push or delay their push. Today however is the day AT&T’s Samsung Galaxy S III is finally available in stores nationwide. If you’ve been patient through the mess today you can run down and pick one up.

T-Mobile did the same thing and it’s available now, and Verizon has started shipping pre-orders (arriving as we speak) and have stated their model will be available in stores for purchase on the 10th. The Galaxy S III is the same across all carriers for the most part here in the US, other than a few tweaks to pre-installed apps and 4G LTE options.

Most of you probably already pre-ordered and received your new Galaxy S III, but if you’re still on the fence check out our full review. After checking that out you’ll want to run down to the nearest AT&T shop and toss down a quick $199 (or $249 for the 32GB model) and get a shiny new white or pebble blue Galaxy S III.

Did you already pick one up? Or will you be getting one sometime this weekend from your local AT&T shop?