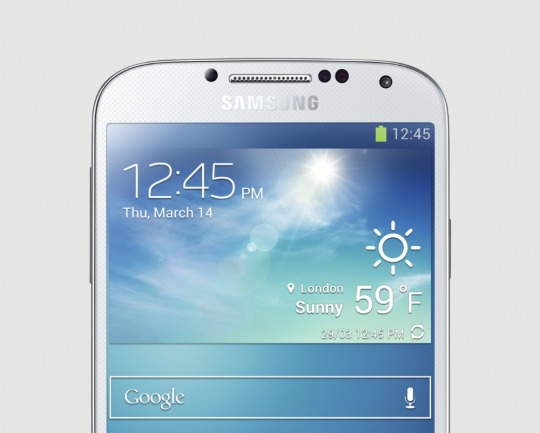 AT&T previously announced the GALAXY S 4 would be available for pre-order beginning on April 16. At the time that bit seemed to have arrived as good news for those considering a purchase. The catch however, came in regards to the pricing. AT&T had originally said the GALAXY S 4 would be $249.99. And well, as of today those pricing details have been updated.

In short, the AT&T GALAXY S 4 pricing will actually begin at $199.99. That price will get you a 16GB model and those willing and/or able to pay the $249.99 can expect 32GB of internal storage space. Both prices of course, assume a two-year agreement. Still no update in terms of actual availability, but for now, those choosing a GALAXY S 4 with AT&T should plan for April 16.

Other US based carriers that have made GALAXY S 4 related announcements include US Cellular who will have the handset available for pre-order on the same day as AT&T — April 16. US Cellular has yet to announce any pricing. On the flip side of that, T-Mobile has said the GALAXY S 4 will be available with a downpayment of $99. Those curious about how the T-Mobile and AT&T pricing will break down over a two-year period, that is spelled out right here.

Basically it seems the GALAXY S 4 details are slowly beginning to surface for those here in the US. We still have yet to hear from Verizon Wireless. Other carriers aside, those who are simply looking for a new handset with AT&T now have a few options available — the GALAXY S 4 and the HTC One and both are devices that we have spent some time with. You can take a deeper dive with our GALAXY S 4 hands-on and our HTC One review using the following links; GALAXY S 4 and HTC One.