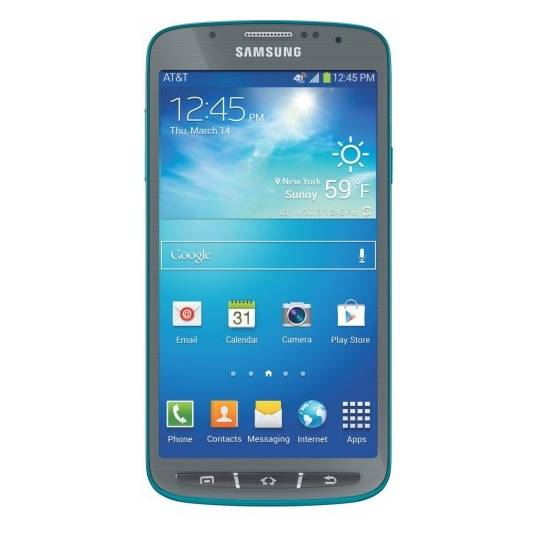 AT&T did a bit of teasing yesterday afternoon and as we had been expected, the carrier has come forward with an announcement for the GALAXY S 4 Active. And in a bit of good news, this announcement included a release date and a price as well as a pre-order availability date. In short, those interested will be able to move forward with a pre-order beginning on June 14th.

The Active will be sporting a 5-inch Full HD display with Corning Gorilla Glass along with a quad-core processor, 8 megapixel rear-facing camera and running Android 4.2 Jelly Bean. One of the key additions on the GALAXY S 4 Active will be the Aqua Mode and Eraser Shot as well as multiple custom shooting modes and enhanced low light performance.

Eraser Shot is just as the name implies, it will allow the user to remove unwanted distractions from the images. The handset will also have an IR sensor which means it will be able to serve as a remote control. Plus, many of the regular GALAXY S 4 features can be expected. These goodies include Air View, Air Gesture, Drama Shot, Samsung Smart Pause and Story Album.

Bottom line here, the GALAXY S 4 Active appears to be the handset for those who want the GALAXY S 4, but are afraid it may be easily damaged with a more active lifestyle. Of course, that is not to say the Active isn’t capable in the business world and in fact, Samsung has the handset listed as being SAFE (Samsung for Enterprise) certified.