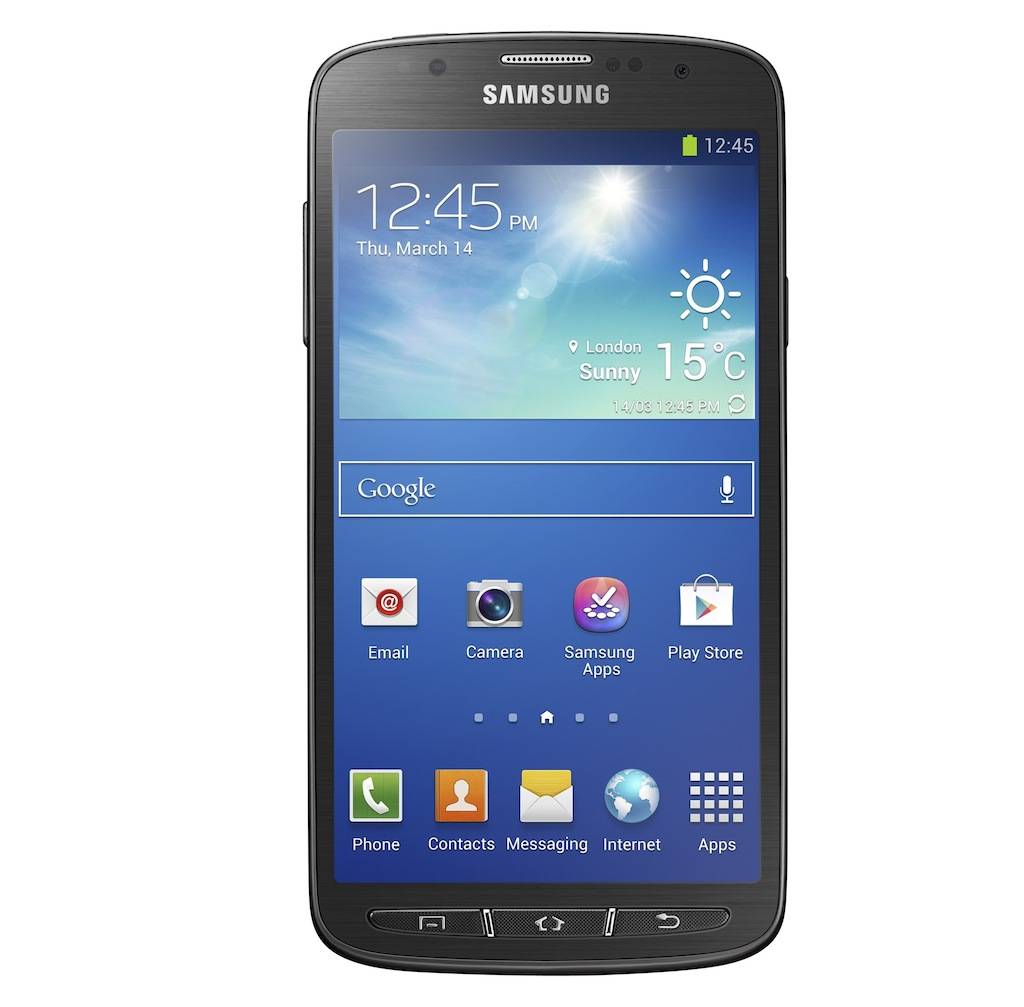 Samsung’s Galaxy S4 Active, the ruggedized version of the Galaxy S 4, has been officially revealed, capable of surviving underwater as well as in dusty, bumpy conditions. Based largely on the S 4’s specifications, though with a few notable changes, the Galaxy S4 Active has a 5-inch Full HD display though uses TFT LCD rather than AMOLED, while the rear camera steps down to 8-megapixels from 13-megapixels.

However, it’ll still record Full HD video, and thanks to a new Aqua Mode in the camera app, it’ll apparently shoot great underwater pictures and footage as well. The IP67 ruggedization means the Galaxy S4 Active is good for up to thirty minutes at a depth of at most a meter.

There’s also a front-facing 2-megapixel camera, and a water-resistant earphone jack. Inside, you get a 1.9GHz quadcore processor with 2GB of RAM, 16GB of storage (11.25GB user-accessible) and a microSD slot. 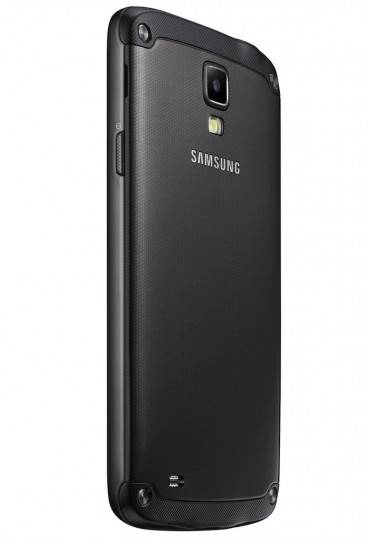 As for connectivity, there’s LTE and HSPA+, together with WiFi a/b/g/n/ac and Bluetooth 4.0. NFC and infrared appear – the latter for use with the WatchON universal remote app – and WiFi Direct. You also get an accelerometer, digital compass, and gyroscope, along with proximity, barometer, gesture, and finger-hovering sensors.

Samsung says the Galaxy S4 Active will go on sale, initially in the US and Sweden, this summer. Three colors will be offered – grey, blue, and orange – and we’ll be able to see more of the tough smartphone at Samsung’s June 20 “Premiere” event.