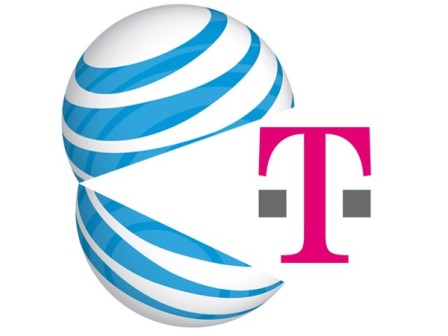 If you are one of the many users over on T-Mobile that have been wondering what will happen during and after this AT&T-Mobile merger goes though (if it does), AT&T and T-Mobile have outlined a few more details to put users at ease. AT&T is now saying users will be able to keep their current rate and plan after the merger goes through, even after your contract expires from T-Mobile. This is great news for many of the long time T-Mo customers with amazing grandfathered-in plans like myself.

AT&T may be eating T-Mobile like the image above, but it appears they wont be eating all the rates and plans — at first at least. According to the documents shown below it appears they will be grandfathering most customers plans for when the merger to AT&T starts. We knew they’d be allowing the plans to continue for the most part but to now know even after plans expire users will be able to continue with the same rate and plan should make many feel more comfortable with the idea of switching to the AT&T world.

Just as TmoNews states we were wondering the same thing regarding the future. What will happen when users want to upgrade their phone, and what about making small changes to a plan? Will this require you to lose what you’ve been using and sign into a new deal completely different than what you had before. These details I’m sure will continue to be explained and detailed as things move forward but with a merger this big there is bound to be some bumps along the way. For now we’ll just have to wait and see what the DOJ has to say about the deal.