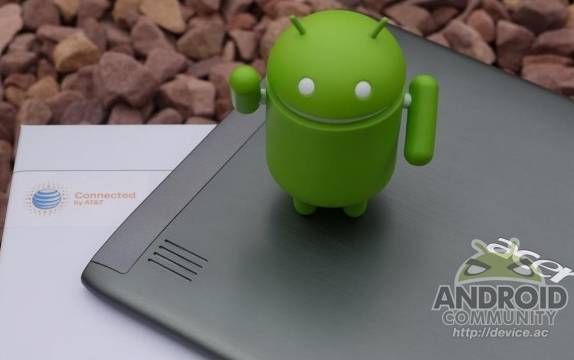 If it was good the first time, it’s certainly good the second time, thus says Acer with their Iconia Tab A501, a device which is, in almost every way imaginable, exactly the same as the original Iconia Tab A500 we reviewed back on April 20, 2011. Therefor what we’ve got here is a bit of an upgrade to the original review, a bit of re-upping the details, and a few benchmarks to keep your mouth wetted for the big dinner.

This device is one of the first tablets on the market able to work with AT&T’s current “4G” network, that being HSPA+ in this case, with LTE on the way though we’re pretty sure this tablet isn’t going to be upgraded in such a way as the activation of said network sweeps through the United States. What we’re going to show you here first is a hands-on and unboxing video as prepared by Cory Gunther, writer for Android Community and reviewer for SlashGear. Watch as he opens the box that has an extra 1, one less 0, and an AT&T logo on it.

ACER Iconia A501 hands-on and unboxing video by Cory Gunther

What you’ve got here is a 10.1-inch display attached to an Android 3.0.1 Honeycomb toting Acer machine that has no less than an NVIDIA Tegra 2 dual-core processor inside. This processor has two 1GHz cores in it and gives you access to the exclusive NVIDIA Tegra Zone app store, complete with ultra-fantastically detailed and powerful games galore. Inside you’ll also fine 1GB or RAM, 32GB internal storage, a microSD card slot to expand this by 32GB again, and a couple of lovely cameras.

On the left edge you’ve got your transparent plastic power button, 3.5mm headphone jack, and microHDMI cord port. At the top you’ve got a removable cover that hides both your microSD card port and your full-sized SIM card port. The original A500 has this same set of ports, but has yet to have the SIM card port activated. On the right side of the device you’ve got a reset button deep inside a pinhole, a full sized USB port, microUSB, and a lovely power port. You’ll be powering this device exclusively through this power port and the massive cord you get with the device in the box – the microUSB port is only for connecting to your computer.

The back of the device, again, has the main camera, a 5-megapixel camera with a cool single LED flash near it, the Acer logo looking lovely in the center of it all. The majority of the tablet is brushed aluminum, a thin piece of it making up the bulk of the back of the device. It’s touch enough to make you feel like you’ve got a high-quality product here made mainly of metal yet thin enough that the tablet doesn’t weigh a ton.

This tablet features a fairly stripped down look at Honeycomb as most Android tablets thus far working with Honeycomb have been prone to do. You’ve got some unique bits in a sort of full-screen drawer system, all of this you can see working in the original hands-on video your humble narrator filmed some weeks ago:

Again notice that this is a video of the A500 while the device we’re reviewing in the post you’re in now is the A501, and that the only real difference is the connectivity to AT&T’s HSPA+ network. Lucky you, we did a couple of speed tests to show you what it means to be on said network – behold the fury of AT&T’s current 4G. It is connected, that’s for certain.

Then come the benchmarks – we’ve run tests galore and YOU are gonna want to rummage through them to get a better idea of what you’re looking at here. Note that this tablet features the same NVIDIA Tegra 2 dual-core processor that we’ve also seen in every single multi-core Android tablet thus far. If you’re running dual-core and your running Android on a tablet, you’re running NVIDIA’s Tegra 2.

First you should note that you’ve got a standard Li-Po 3260 mAh battery under the hood for massive long life per full charge. As with basically every tablet that’s come out in the past few months, you’re good to go for more than a day’s worth of work on your Android tablet. No worries. For the camera, you’ve again got the same setup as the A500, so it’s an OK look at world through front and back cameras, certainly better than the iPad 2 on the back but, then again, most devices in general are, and the front is certainly adequate for video chat. 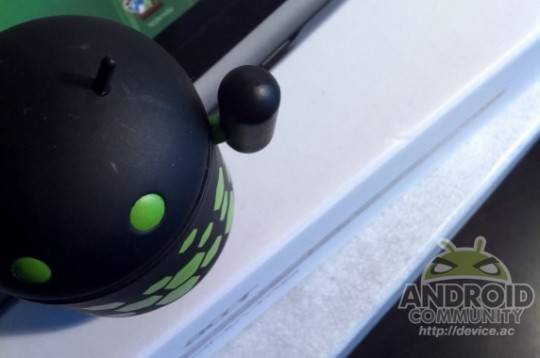 When you consider purchasing a tablet, there’s a choice you must make that’s completely unheard of in the smartphone world – do you want a data connection or not? With the majority of the tablets to be released thus far toting Android, you either don’t get a choice of whether or not you get data OR you get the choice of one or the other. Here you can purchase the A500 with no contract or the A501 with an AT&T contract, this ending up being $329 with a new, two-year data agreement, or offered at $479 for the 16GB contract-free version. Compared to the $600 pricetag on the HTC Jetstream tablet with comparable specs, the A501 is a no-brainer.

Another point to make here, and Cory was right on with his SlashGear review of this device, the A500 and the A501 look like one another but they do not look like any other tablet out there. You’ve got a unique set of chassis here, that’s for sure. Acer did their job well in making a unique amalgamation of metal, glass, and plastic, and all of it for the win.