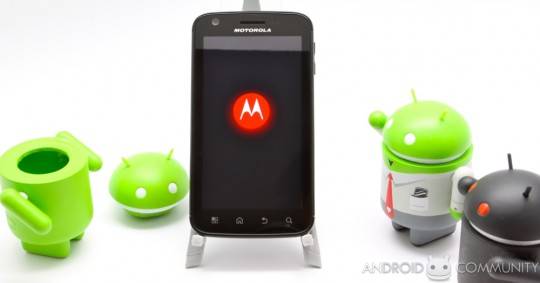 The back and forth between Motorola and XDA Developers has undergone a new chapter as the bootloader for the Atrix 4G phone has been locked down to prevent any installation of custom ROMs. That means that for now, there’s no way to remove MotoBlur, or add any custom work to the phone. When it comes to adding custom ROMS Angry users already know the score target=”_blank” via Twitter: “@tdcrooks if you want to do custom roms, then buy elsewhere, we’ll continue with our strategy that is working thanks.”

The good news is, it’s only a matter of time before the gang over at XDA developers unlock it. The Droid X got the same treatment last year and it unlocked after a concerted effort. And if the only thing users really need is to get by MotoBlur, then they an root their phones and run root-only apps, like ADW Launcher EX. But just remember that venturing into that territory may void your warranty.