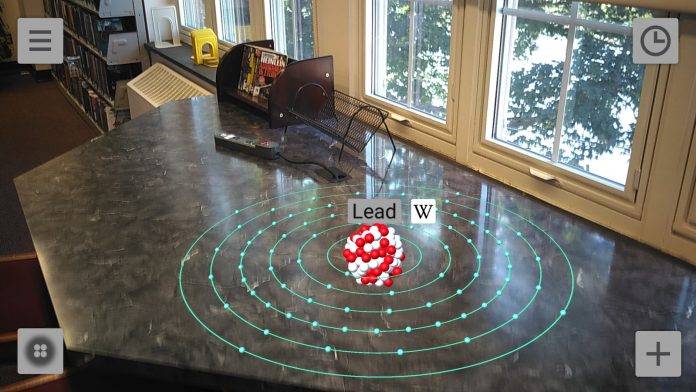 Back in September, the first ARCore app called the Atom Visualizer was launched. It is one straightforward app that helps visualize atoms on the periodic table of elements. If you’re into the subject, you can see the atoms in augmented reality so you will have an idea how they look. You can easily say it’s for the nerds but honestly, we wish we had something like this when we were in school. We’d probably be more interested in science and chemistry if we have better visuals of the atomic models.

Google is serious about bringing augmented reality to millions of people using Android with ARCore. The Atom Visualizer was released a few months ago and now the app has been updated for ARCore Preview 2. It’s still not a stable version and is only available experimentally on Samsung Galaxy devices starting from the S6. Pixel phones can also be used.

If you wish to try, you need to install the ARCore first which you can download here. You can’t just use any available phone or as long as ARCore is installed. For example, the ARCore for Pixel ready on the Play Store supports AR Stickers but has problems connecting to the camera. A workaround has been made by developers available to download here.

Atom Visualizer for ARCore Preview is the first ARCore app to be up on the Google Play Store. It’s now on its second version that supports Google ARCore Preview 2. Note that ARCore Preview 2 is still an experimental software so don’t expect it to work smoothly yet as not all devices are supported.