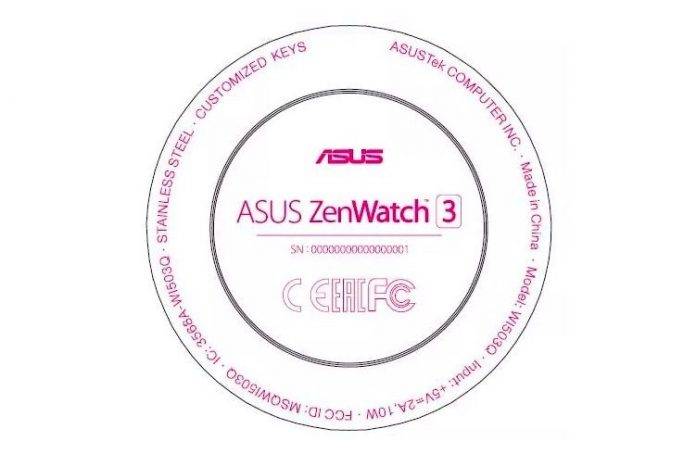 A new ZenWatch by ASUS is currently in the works and an FCC filing tells us it’s going to be a round one. Not much details were listed but we saw an illustration that shows a round design. Adding to our anticipation is a new set of leaked images that definitely prove a round smartwatch design. We’re not sure what kind of certification ASUS is trying to get for the ZenWatch but the leak may have come from its native Taiwan.

UPDATE: In response to a request, the photos of the alleged ZenWatch 3 have been removed.

The ASUS ZenWatch 3 will remind you of the Moto 360 with the round, flat display and buttons. The device is said to have WiFi, Bluetooth 4.2, 5V/2A fast charging, and some curved sides. The smartwatch looks cool with the gold trim on a black material. There’s also the charger and what looks like a magnetic ring. There appears to be three buttons on the side of the smartwatch we’re assuming are for quick access to controls, apps, and functions.

ASUS hasn’t formally announced anything yet. We’re just depending on rumors and leaks but IFA 2016 is just around the corner so we hope to see the new ZenWatch in Berlin, hopefully, ready with some cellular connectivity so it will work as a standalone device for making calls and sending messages.