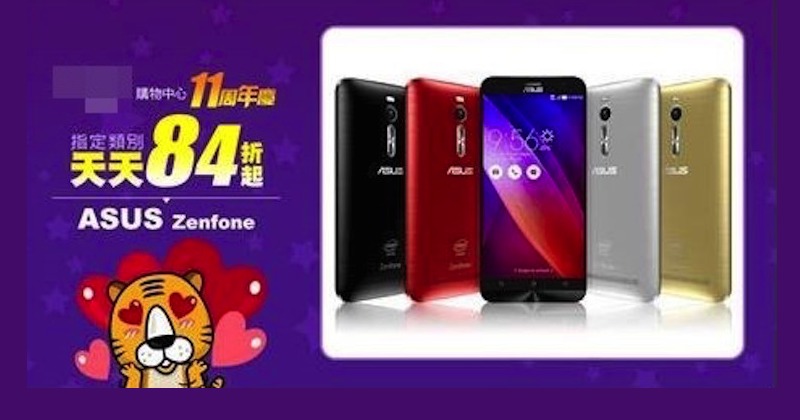 We already saw the beauty of the ASUS Zenfone 2 at the CES 2015 last January. We learned that the company was targeting a $200 price point in the US for the flagship phone equipped with a fast Intel Atom Z3580 2.3Ghz quad-core processor, 5.5-inch Full HD screen with 1080p resolution, 4GB RAM, LTE connectivity, and an impressive 3,000mAh battery.

The ZenFone 2‘s high specs are expected to boost the performance and battery life of the phone. One of its highly-anticipated features is the the 13 megapixel camera that boasts of ASUS’ very own PixelMaster technology. It’s a new method of backlighting images, adding light up to 400%….you know, for better, brighter, and clearer pictures.

Recently in Taiwan, ASUS held a formal announcement and now we have information about the new flagship smartphone’s pricing. The ASUS Zenfone 2 Model ZE551ML is well-equipped with 32GB internal storage, 2.3GHz quad-core Intel processor, 5.5-inch 1080p screen, and 4GB RAM. Price tag reads NTD 8,990 which is about $285. There’s another ZE551ML version but only with 1.8GHz processor and 2GB RAM which is cheaper at NTD 6,990 ($220).

All four models are called the Asus Zenfone 2. It’s a bit confusing but just say the specs that you want when you’re buying. Or you can just ask what you can buy for a certain budget if you plan on getting a Zenfone 2.