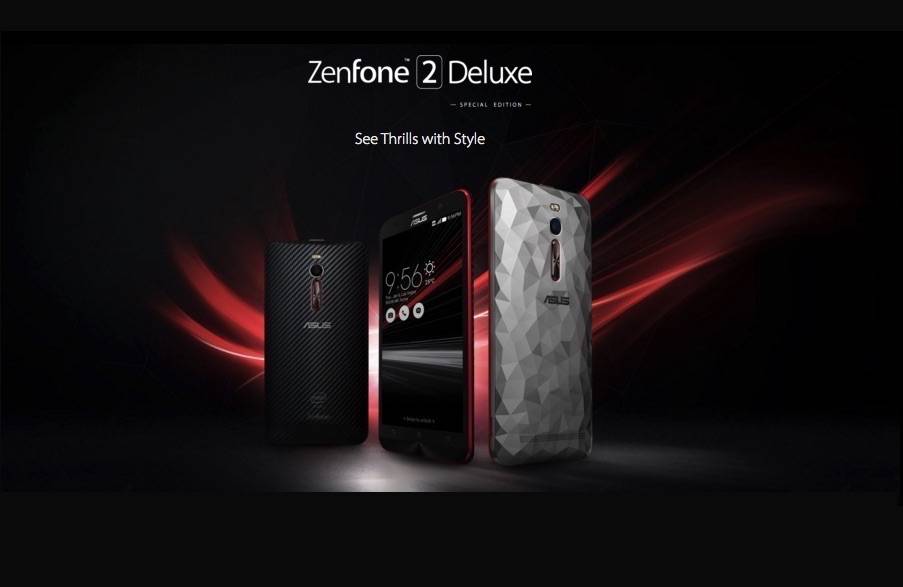 We’ve seen a number of ZenFone 2 variants but the most stunning is the Deluxe Special Edition announced last November. Making it special were the exclusive and stylish back covers in carbon fiber and metallic silver. Specs of that model are already premium–64GB built-in storage, 4GB RAM, and an Intel Atom Z3580 processor. However, ASUS thought that it could be improved some more so it’s releasing a more “deluxe” version.

The latest ASUS ZenFone 2 Deluxe Special Edition now comes with a total of 256GB storage (128GB onboard plus 128GB microSD), still the same 4GB RAM, and up to 2.5GHz quad-core Intel Atom Z3590 processor (faster than the previous Z3580). Battery size is still the same at 3000mAh but now boasts of BoostMaster fast-charge technology that can power up to 60% battery within 39 minutes.

When it comes to gaming, this one is also powerful. ASUS pre-installed the ‘Asphalt 8: Airborne’ game. See for yourself how speedy the ZenFone 2 Deluxe Special Edition is now. The game will even come with 24,000 in-game credits.

The phone cover is described as a hand-crafted crystal beauty. The Drift Silver design features an ergonomic design–more than 500 polygons for a better grip. The Carbon Night version features a weave-patterned back cover. It’s lightweight obviously because of the featherweight materials used.