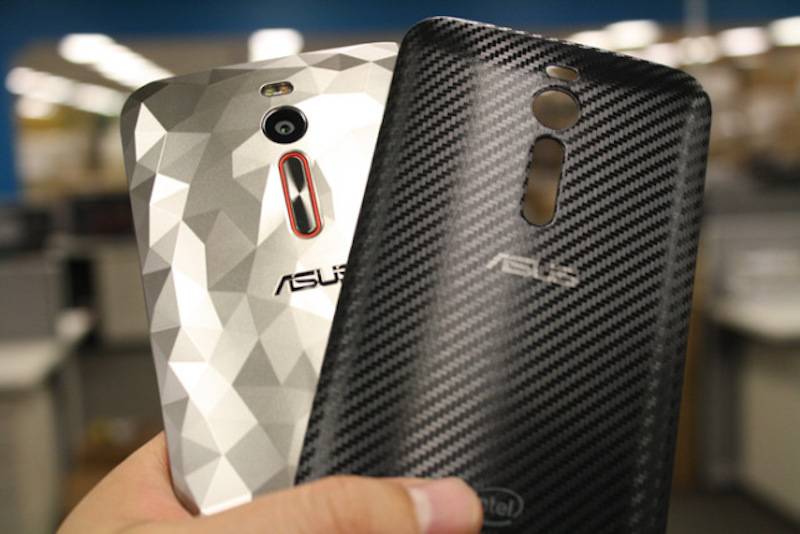 ASUS recently unveiled a new ZenFone 2 variant. As if there aren’t enough ZenFone 2’s already, a Deluxe Special Edition joins the series that already includes the original ZenFone 2, the 4GB RAM version, Deluxe Edition with 256 internal storage, and the ZenFone 2 Laser. It’s impressive with its carbon fiber form that is smooth and looks really well-built. This one is believed to be the grandfather of the beautiful ZenFone 2 family.

ZenFone 2 Deluxe Special Edition is packed with a total of 128GB storage (64GB on-board plus 64GB on a microSD card slot ). Powering the phone is an Intel Atom Z3580 processor and 4GB RAM. Those three alone give you an idea that the rest of the components are high specs including a 1080 x 1920 FHD IPS display (403 ppi) topped by Gorilla Glass 3. It offers Dual-SIM support and comes equipped with a 13MP main camera with dual flash LED, 5MP front-facing shooter with wide angle lens, and a 3000 mAh non-removable battery.

The specs could be improved some more–maybe a bigger battery and better cameras but then ASUS would command a price higher than $399. Making this edition “deluxe special” are the exclusive back covers in carbon fiber and the smooth and stylish metallic silver cover. Of course, the extra 64GB being added to the 64GB on-board storage allows you to save more photos, videos, and games so you can optimize mobile experience with your new smartphone. But then again, the Deluxe Edition released last August was packed with 256GB of storage space. That’s twice what’s inside thus Deluxe Special.

This new version features an updated Zen UI with a new theme that matches the red trim of the ZenFone 2 Deluxe Special Edition. You’ll notice a new notification menu, wallpaper, and icons. Phone is available on Amazon, B&H, Newegg, and the official ASUS Store.