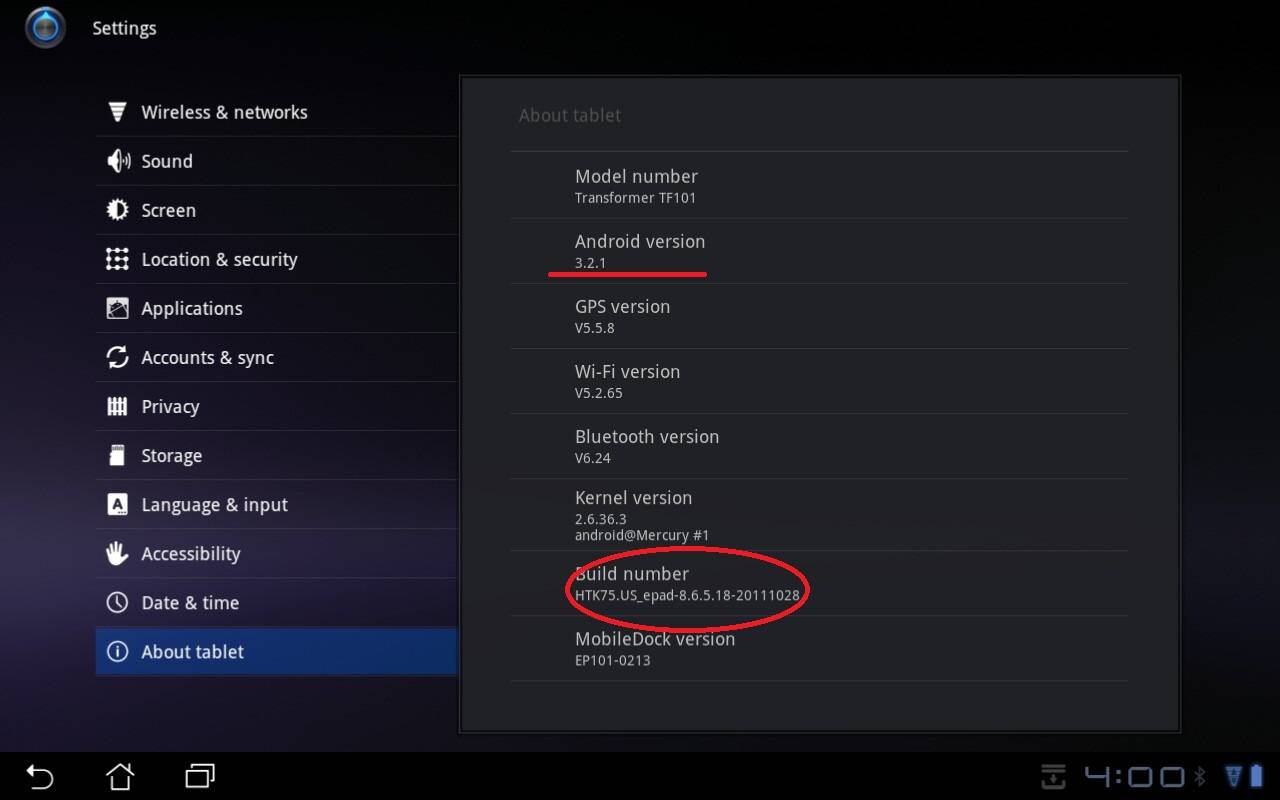 All of you lucky ASUS Eee Pad Transformer owners should be happy to know an OTA update is hitting devices today. No, this is not Ice Cream Sandwich sadly but there are a few changes and improvements and so far we are hearing good things. The Transformer was updated to Android 3.2.1 Honeycomb late September, the latest version of Honeycomb and today that hasn’t changed but we do have build version 8.6.5.18 in a small incremental update.

So far ASUS has been mighty impressive with the amount of updates, and the speed at which they’ve brought them. According to sources the new update brings a slew of performance enhancements, bug fixes, and apparently a new app backup implementation. Apparently non ASUS apps can be backed up and restores to another ASUS tablet so users wont lose that all important game data and progress on Angry Birds, or anything else for that matter. Here is a list of updates according to the ASUS Facebook page. 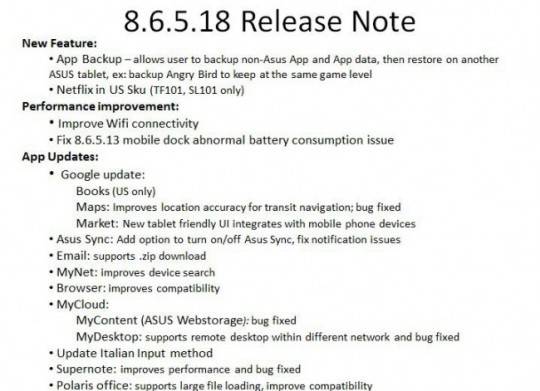 Right at the top you’ll see the new App backup, and that the popular Netflix comes pre-installed. Sadly this is the recently updated version of Netflix only and we still don’t have an official Honeycomb tablet UI. There are some major improvements to battery consumption especially while using the dock, along with some Wi-Fi improvements. Then we have tons of applications that have been updated in this latest OTA update but all of that is listed above.

The new OTA update for the ASUS Transformer should be hitting devices over the next few days. As always, users can manually go into settings > about tablet > and check for updates themselves should they not want to wait for an OTA notification. Enjoy the latest update and feel free to let us know how things go in the comment section below. I can’t wait for the Transformer Prime myself, especially with the awesome update history ASUS has shown thus far.