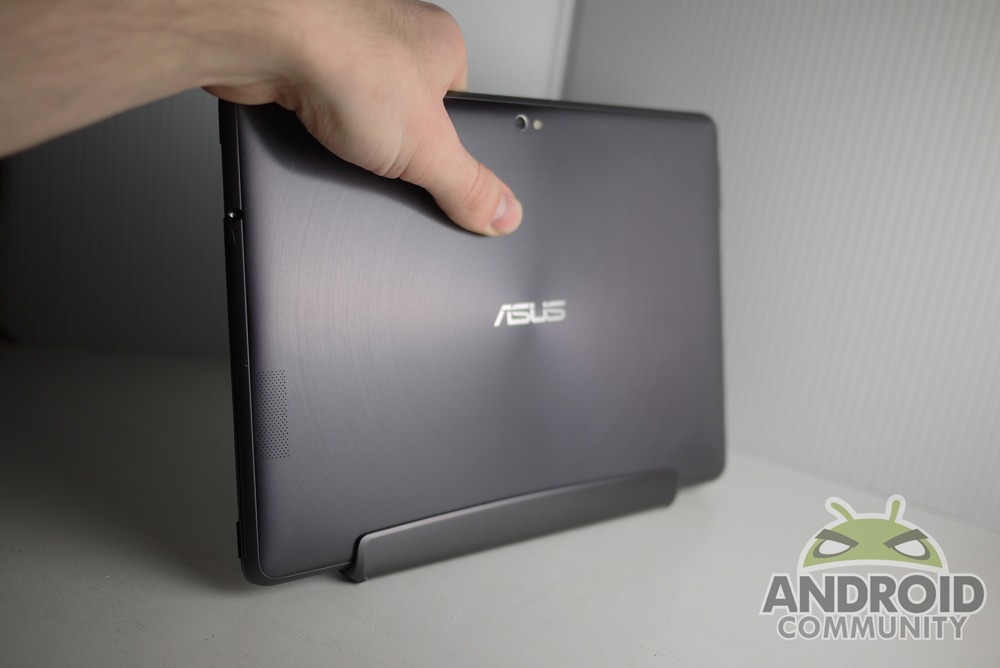 Who’s ready for the Prime? The wait is almost over and today we’ll be giving everyone a look at the first quad-core tablet ever — the ASUS Transformer Prime. We’ve talked about it plenty but now it’s here we finally get to enjoy that quad-core power thanks to the superchip NVIDIA Tegra 3 processor under the hood. It’s been seen a few times in the wild and even running Android 4.0 ICS but today we have the actual retail product that you’ll all be able to purchase soon. When I say soon I mean December 19th. Yup that is the official date, not the 8th. Head on down past the break for plenty of pictures, videos and more information on that release date.

Oh man, I must start by telling everyone that we at Android Community are quite excited for this amazing new powerful portable device from ASUS and NVIDIA. Thankfully we were able to get our paws on it and give our readers a closer look. I don’t think I really need to run down the spec list but here they are. Rocking a brilliant and extremely bright 10.1″ Super IPS+ display with a 1280 x 800 resolution. If you were wondering how it compares to the original then yes — the display is even better. We have an amazing 8MP camera on the rear with LED flash and a 2MP shooter around front to chat with friends and family, all wrapped in a brushed radial-spun aluminum shell rocking a grey or champagne color. 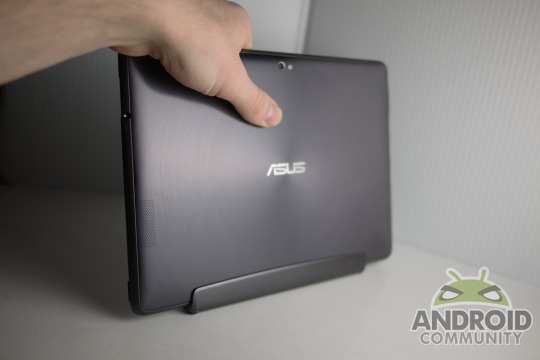 We have a wide array of ports including micro-HDMI, micro-SD, micro-USB and more but the main act in this show is all under the hood — and that is the NVIDIA Tegra 3 quad-core processor. It actually has four main processing cores and a fifth companion core to do all the light jobs while saving battery. Making this powerhouse tablet last for up to 12 hours of decent to heavy usage. This slate has been talked about plenty over the course of the past few months and all the details are available from our official announcement.

Many planning on making this purchase might also have the original Transformer tablet so we’ll quickly compare the two in this first video, show you a few of the new things, then get into the hardware on our second video below. So for now just sit back and enjoy.

Obviously you can see for yourself in our videos this device looks stunning. It’s super thin coming in at only 8.3mm thick (that is thinner than the Galaxy S II or the iPhone 4) while managing all that power under the hood — a truly amazing feat if you ask me. So far everything looks and feels very impressive. While we sadly are running Android 3.2 Honeycomb it is as fluid and quick as ever. Once this bad boy gets Android 4.0 Ice Cream Sandwich it will fly, I can almost guarantee that.

In general everything looks and feels extremely similar to the original (only faster) as we still have the same OS. ASUS has incorporated a few changes to make things easier for us with the Prime though. We have a toggle for the IPS+ mode on the display, power options to better use or conserve that quad-core processor and more all available in the easy to access notification bar on Honeycomb. We’ve all seen plenty of pictures and product shots so instead our video shows you the hardware a little while showing you plenty of the new changes and that all important keyboard dock.

We’ll break down everything including the keyboard dock in our full out review so be sure and stay tuned for that. This was just a quick hands-on and tease so everyone could at least get an idea of how awesome this tablet really is. I’ve said this before and I’ll say it again — ASUS has my money already.

You can expect plenty more videos and comparisons throughout the week while we take a look at features, options, and what makes this tablet special — Not to mention a few hands-on videos with the exclusive Tegra 3 games NVIDIA was nice enough to provide. For now though we can’t wrap up a hands-on of a new quad-core device without a few benchmarks. What we have is a quick run of AnTuTu and the popular Quadrant. I’ll toss up the ASUS Transformer Prime quad-core results here and then a few screenshots from the original dual-core Transformer are also in the gallery below.

While Quadrant results weren’t the best I highly doubt it’s been optimized for quad-core devices so we wont look into that much for now although it did score much higher than any Tegra 2 tablet has. The clear winner here is the AnTuTu results. Blazing all four cores to a lightning fast result of over 10,500. The Xoom and other dual-core tablets don’t even break 5k and even faster 1.2 GHz dual-core devices like the Galaxy S II barely manage to get around 6,000 here. Clearly all four cores are working exceptionally well but until we play more games and benchmark this thing in-depth we’ll just leave you with these few awesome results. 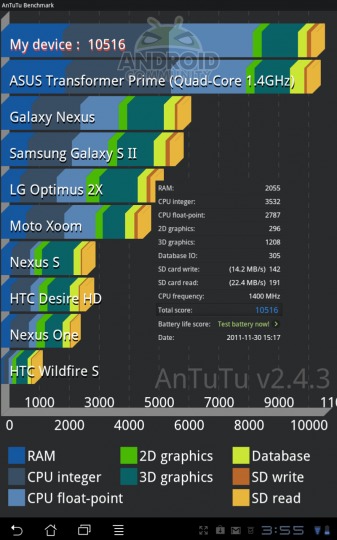 So far our team is extremely pleased with overall performance, feel, and just the entire package. While the original was great, as was its dock — the Prime truly is an entirely new level. It’s thin and lightweight while being super portable and powerful at the same time. The design has a few awesome improvements and I personally love the volume rocker and power buttons are on different bezels. On the Galaxy Tab series I’m constantly hitting the wrong one as they sit right next to one another. There are plenty of good things to say and strong points with this new Transformer Prime but I’ll save the rest for our in-depth review coming in a few days or early next week.

Pricing and availability you might ask — The official and accurate information goes as such: The ASUS Transformer Prime will be $499 for the 32GB model, $599 for the 64GB model, and $149 for the new keyboard dock in the USA. The tablet will be available in Amethyst Gray (like ours) and Champagne Gold, and per ASUS official statement: “Expect retail availability of the unit to start the week of 12/19 or later and etailer availability the week of 12/12 or later.”

We took a few more pictures than the usual hands-on and unboxing type of post and you can expect tons of product shots to follow shortly. Enjoy the gallery below and feel free to ask any and all questions in the comments below and we’ll be sure to try our best and answer accordingly. 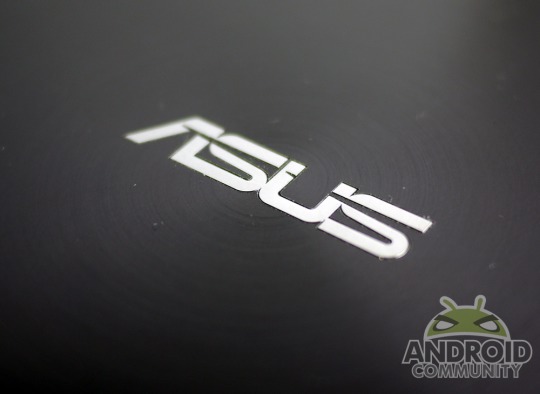