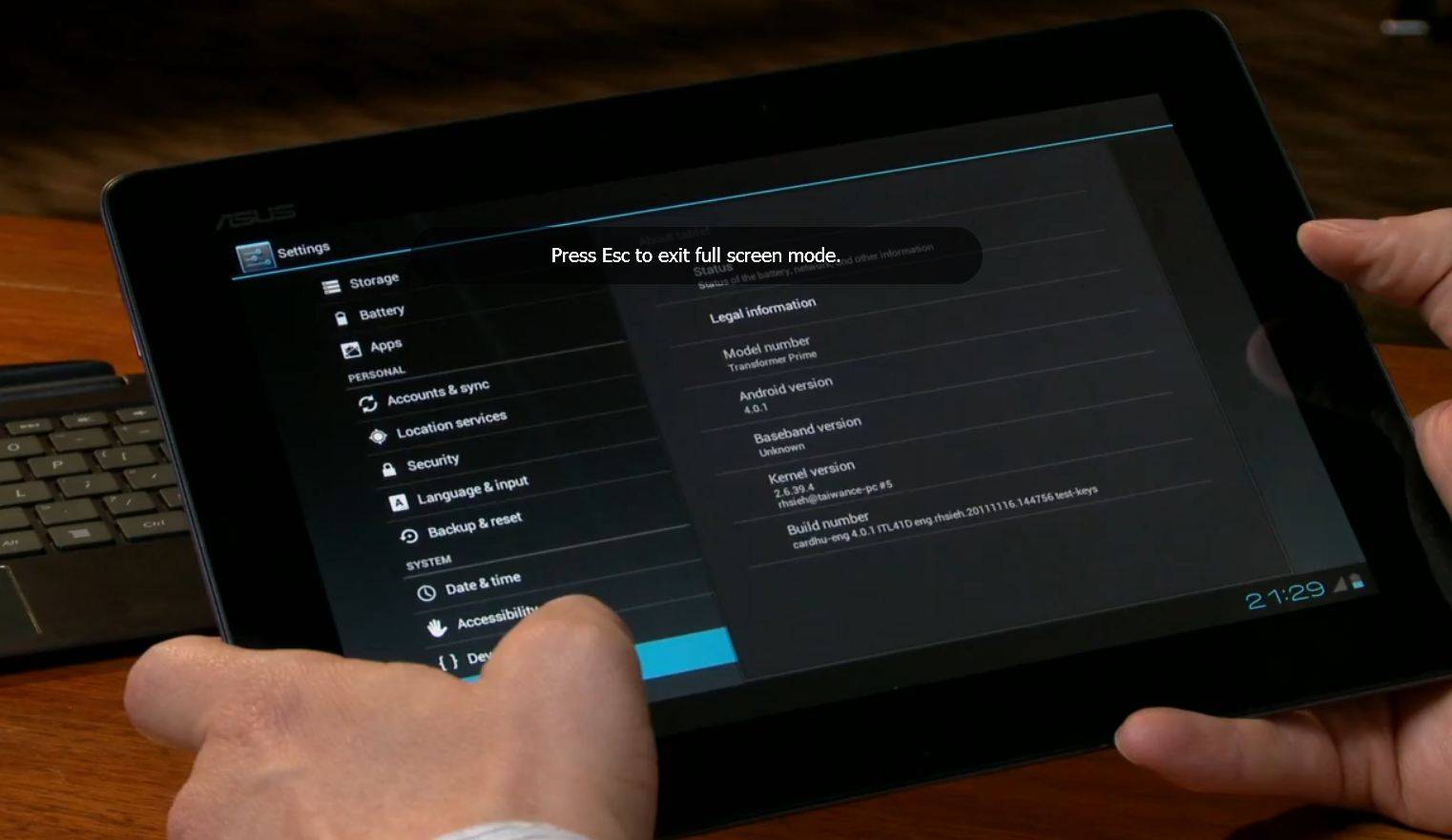 When Asus revealed its quad-core Eee Pad Transformer Prime earlier this month, it was unfortunately saddled with the now-outdated Honeycomb. The company promised an upgrade to Ice Cream Sandwich as soon as possible, and it appears that they’re taking that promise very seriously. Nvidia showed an early build of Android 4.0 running on the Transformer Prime on YouTube, definitely indicating that the ICS update will be ready shortly after the tablet’s December release.

There’s nothing particularly mind-blowing about the 90 second video, though the announcer mentions that the build running in the demo may only be only days old. This is notably the very first look we’ve had at the tablet interface of Ice Cream Sandwich running on official manufacturer software. The build clearly isn’t ready yet: there’s some significant slowdown, even on the screaming Tegra 3 SoC, and you can see the trademark “red frame” effect showing that the software still needs some work.

The speed at which Asus is getting new software onto its hardware is to be celebrated. If only other tablet and smartphone makers would take updates as seriously, there’d be a lot less weeping and gnashing of teeth in many a forum and comment section. There’s no word on exactly when Asus will be pushing out the first Ice Cream Sandwich update for the Transformer Prime, but if the video is anything to go on, you can probably expect it before the end of the year or just after.