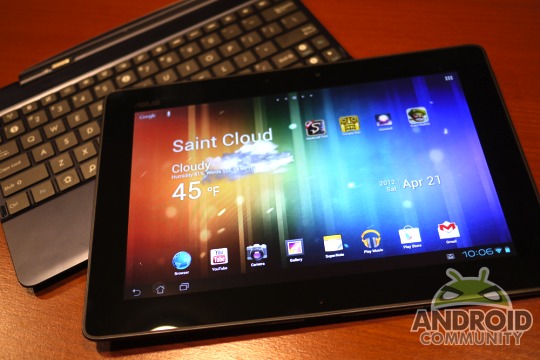 ASUS has just hit the start button on another update for their latest slate. The Transformer Pad TF300 quad-core tablet is getting a quick improvement or two starting today. Earlier this month ASUS updated the tablet and released the source code for those interested, and now are pushing another quickie out for the new budget-friendly tablet.

In early May the update was available for the US, and many other regions but today this appears to be rolling out for the US model. Bumping the build version from 9.4.3.23 to 9.4.3.29 and bringing along a few small changes. Just like the Transformer Prime, the TF300 OTA is helping out the WiFi and camera as both of those versions have been changed. The TF300 doesn’t suffer the same WiFi issues as the Prime, but any improvements are more than welcome.

According to Droid-Life the update is rather small and no noticeable changes were made other than the very few mentioned above. If you’ve got one give it a try and let us know what has changed. If you’d like your own Transformer Pad TF300 quad-core tablet make sure you head over and enter our TF300 Tegra Zone Giveaway. Let us know how the update goes in the comment section below.