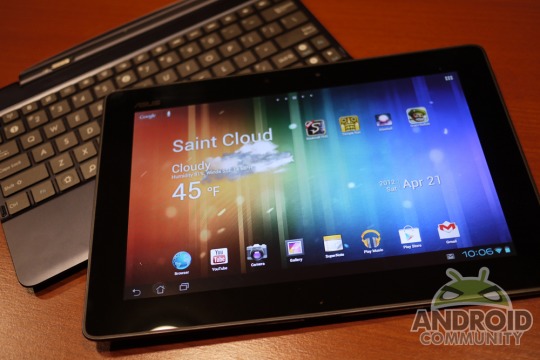 ASUS’ Transformer line of tablets is well-loved, and rightly so, but thus far none of their models have been available on wireless broadband networks in the US. That may be changing soon, however. The Transformer Pad TF300 is currently in the hands of the FCC, and based on the wireless bands it’s equipped with, it’s being considered for AT&T’s growing LTE network.

We gave the Transformer Pad TF300 a pretty glowing review, and why not: it combines all the charms of the Tegra 3-powered Transformer Prime with a lower price, while simultaneously doing away with the latter’s reception issues. Speaking of the Tegra 3, we’re not sure what processor the unit at the FCC is running. A week ago we’d have assumed it was using a Qualcomm Snapdragon S4, but with Nvidia’s new Icera 410 radio, AT&T’s LTE network no longer presents a technical barrier for the Tegra 3.

ASUS has announced its intention to release 3G and LTE tablets in Asia and Europe (not the least of which is the drool-inducing Padfone) but has so far remained mum on the Americas. Even without an official statement, the FCC filing gets us excited, and more so than the usual fare – including AT&T’s LTE bands indicates that this device is more targeted than the generally unlocked phones and tablets that go through the commission. Here’s hoping we see some quad-core, LTE, Ice Cream Sandwich tablet action in the States soon.