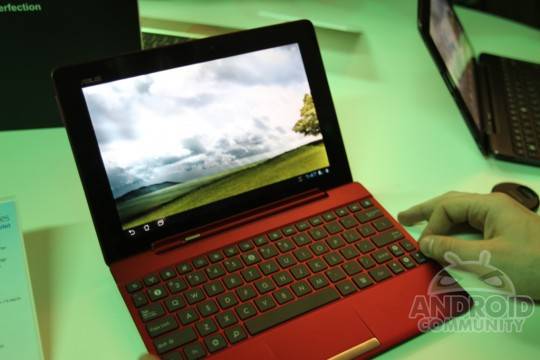 If you’ve been dying to get your hands on some quad-core tablet action but can’t stomach the $499 entry price for the ASUS Eee Pad Transformer Prime, you’re in luck. The slightly lower-end Transformer Pad 300, the replacement model for ASUS’ original Transformer, will hit the United States on Sunday, April 22nd. PC World reports the news from an ASUS spokesperson, who says that pricing won’t be revealed until that date – but international pre-orders indicate that a $399 price to match the original Transformer is likely.

The Transformer Pad 300 keeps most of the specs from the Transformer Prime, but clocks the quad-core Tegra processor down to 1.0Ghz from 1.5. The build is also a little different, going for a completely plastic body instead of the Prime’s metal chassis. You still get a full gigabyte of RAM, a capacity starting at 16GB, a 10-inch 1280×800 screen and a 10-hour battery, which can be extended by slotting in a color-matching keyboard dock (sold separately). ASUS is all in for Ice Cream Sandwich: the Transformer Pad 300 will ship with Android 4.0.

The WiFi-only model will use NVIDIA’s Tegra 3 system on a chip platform, but the LTE model (which probably isn’t coming to the US any time soon) defaults to a Qualcomm Snapdragon S4. Different benchmarks give different results. In any case, we should see the Transformer Pad 300 on store shelves in just a couple of weeks. Who’s getting one now, and who’s waiting for the higher-res 700 model?