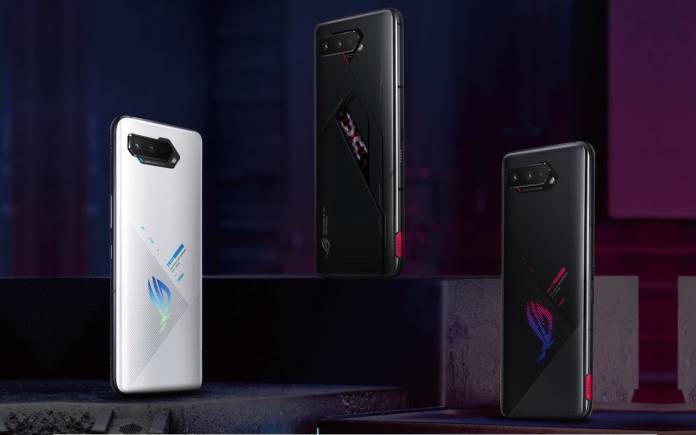 Earlier this year, ASUS released the new ROG Phone 5 series. The phone quickly hit DxOMark and received good grades. It made an impression with the Snapdragon 888 processor and up to 18GB of RAM. The device failed a standard durability test but it doesn’t mean the ASUS ROG Phone 5 is a complete failure. It’s not. In fact, ASUS is introducing new variants: the ASUS ROG Phone 5s and the the ASUS ROG Phone 5s Pro. As expected, these are gaming phones that promise the best in mobile gaming.

A few months ago, ASUS ROG Phone 5s specifications were leaked ahead of supposed launch. We knew a follow-up would be arriving. We just didn’t know when exactly. D-Day has come and the new ASUS gaming smartphones are ready in America.

ASUS Republic of Gamers (ROG) today is adding these phones to the ROG Phone lineup. The pair has been upgraded with Snapdragon 888 Plus 5G so everything will be faster. The Snapdragon Elite Gaming features and more advanced 5G work to deliver the ultimate in gaming.

To make things cooler, there is the GameCool 5 cooling system with AeroActive Cooler 5. RAM can reach up to 18GB. There is also the Armory Crate that offers maximum performance.

Let’s take a look at the main specs and features. The AMOLED display boasts 144Hz refresh rate and 360Hz native touch-sampling rate. The Pro makes further impression with the AirTrigger 5 control system and a special version of the Vision rear matrix display. The phones use Corning Gorilla Glass Victus protection.

The ASUS ROG Phone 5s series is all about speed and topnotch performance. If not 5G, there is the multi-gigabit class WiFi 6E. Higher RAM means faster performance too which translates to better gaming overall.