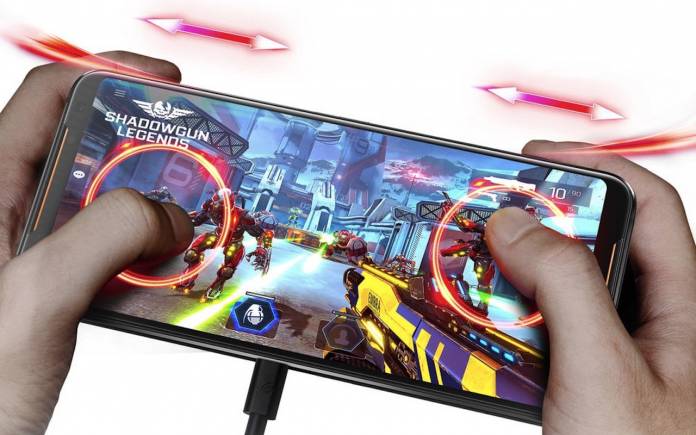 The second-generation ASUS ROG Phone was first mentioned in July 2019 which was a couple of months before its IFA 2019 announcement. This year, the next gaming phone from ASUS is mentioned earlier with an important detail. We’re taking things with a pinch of salt here though because yes, it is very early. The next ASUS ROG Phone may arrive pre-loaded with Stadia. This may be a first for any Android phone to be loaded with Stadia goodies but we believe it is happening to more devices.

An ASUS ROG Phone is a good choice to pre-load with Stadia because it is the ultimate gaming phone. The cloud game streaming service may be high-profile but we can’t exactly say it is the best right now. It’s compatible is limited to Pixel, Razer, Samsung, and ASUS phones, at least, for now.

The Google Stadia competes with other services. There’s the Sony PlayStation Now, Microsoft Xbox Live, and the NVIDIA GeForce Now. The Stadia has the potential to grow even bigger but Google must focus on its development. It has a paid version known as Stadia Founders’ Edition. It’s also ready for your smart TV via Chromecast, Google Pixel smartphones, and the Chrome browser.

The idea of the Google Stadia is to attract people who don’t really have a gaming PC or a gaming console–just those gadgets mentioned above. A free version will be available but now we’re more excited about the ASUS ROG Phone compatibility.

Future ROG Phone will have the Stadia app pre-installed in key markets. The cloud gaming app will be ready on the gaming phone to be released later this year. The Stadia-ASUS ROG partnership will be available in Belgium, Canada, US, UK, Sweden, Spain, Norway, Netherlands, Italy, Ireland, Germany, Finland, France, and Denmark. With this team-up, Stadia users can streaming games to an ROG Phone.

No need to download the game but of course, you have to buy the games. Stadia already supports 5.1-channel surround sound, HDR, and 4K at 60fps. As for the ASUS ROG Phone 3, no other information is available but we believe it will run on a Qualcomm Snapdragon 865 processor and a 6000mAh battery with a 120Hz display.