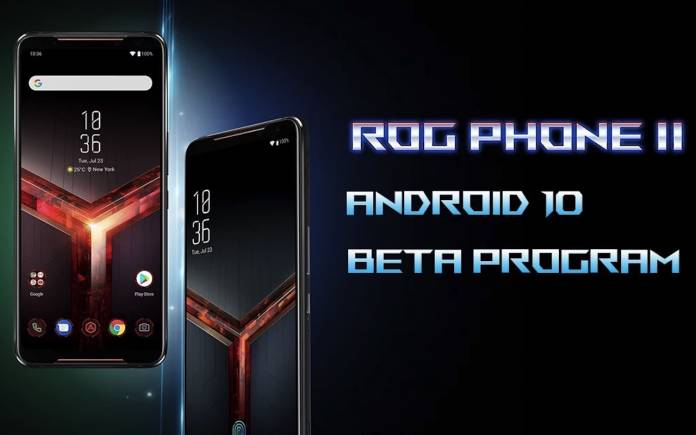 The ASUS ROG Phone 2 has been part of our consciousness since the first time it was teased in June with a 120Hz display experience. It was said to use the latest Snapdragon 855 Plus chipset and would run up to 12GB of RAM on the latest SD. The phone was expected to be really powerful. We have yet to make a comprehensive review of the ASUS ROG Phone 2 but we have already seen a Durability Test and a Teardown Analysis.

The phone won’t be damaged totally when it is scratched or bent but when the heat is applied onto the display, it won’t fully recover. The phone did flex but that is normal.

When it comes to OS and software updates, the phone launched with Android 9 Pie and ROG UI but a teaser for the Android 10 Beta Program was sighted on ASUS ZenTalk last week. It was released a few days after the Android 10 OS update for the Zenfone 6 was made available. ROG Phone 2 owners were encouraged to experience Android 10 by signing up for the ASUS ROG Phone 2 BETA Tester.

The recruitment period started on November 8 and will be open until the application period is closed by Asus. The exact dates of the beta testing period for the ASUS ROG Phone 2 (ZS660KL) will be made known through email. Make sure you are part of ZenTalk and actively participate in talks about ZenFone on ZenTalk.

ASUS also requires you to provide detailed information like Current Firmware, IMEI, and Serial Number (SN). The update will be given in English so it is encouraged you are able to read and give feedback in the same language.

Beta Testers will receive the latest firmware via FOTA that will be given the authorization to access the restricted board. As a beta tester, you must participate in every release of the beta version and test the OS every day. Report valid issues and bugs with the correct format.

Testers are required to maintain the confidentiality of the Beta Testing program. All beta-testing reports must be shared in the beta restricted board. If you wish to join the ASUS ROG Phone 2 Android Beta Program, you can sign up HERE.