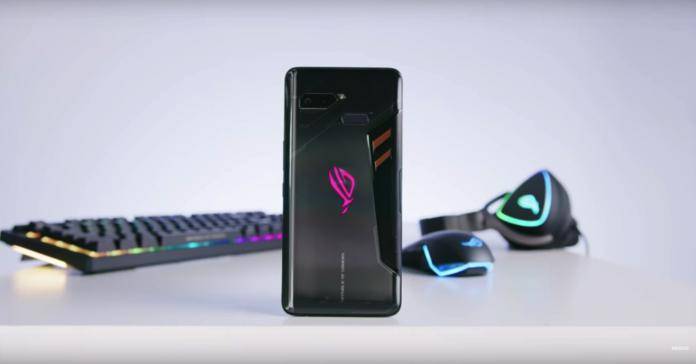 The ASUS ROG Phone is a new gaming device the hardcore gamers may want to own. It’s not perfect but if you’re serious about mobile gaming, you can consider this one. This is the first time ASUS is offering a smartphone focused on gaming and as promised, it has premium specs and a durable design ideal for hours of playing games. And when you get too excited or intense, we guess it’s okay to drop it. The gaming smartphone has been announced and is ready to spread soon in the market.

Marques Brownlee, the popular YouTuber that gives tech and gadget reviews, has managed to get a hold of the ASUS ROG Phone (Republic of Gamers). He’s done a hands-on video where he shares his first impressions of the device. It’s not a comprehensive review yet, just his initial thoughts upon using the smartphone for the first time which isn’t even the final production version.

The smartphone comes with so many features we think may not be used for everyday mobile usage but we know this one is geared towards gaming. It is one large and heavy phone with lots of metal. It’s about 9mm thick and looks “badass” in dark silver titanium with a bit of rainbow sheen.

ASUS ROG features a geometric design. A lot is going on from the camera cutout to the trapezoidal flash as described. We see a big ASUS ROG logo smacked in the middle. On the right is some sort of copper heat spreader and a cooling pad. The aerodynamic design may remind you of a jet wing. It looks okay to us but Brownlee thinks it is hilarious. 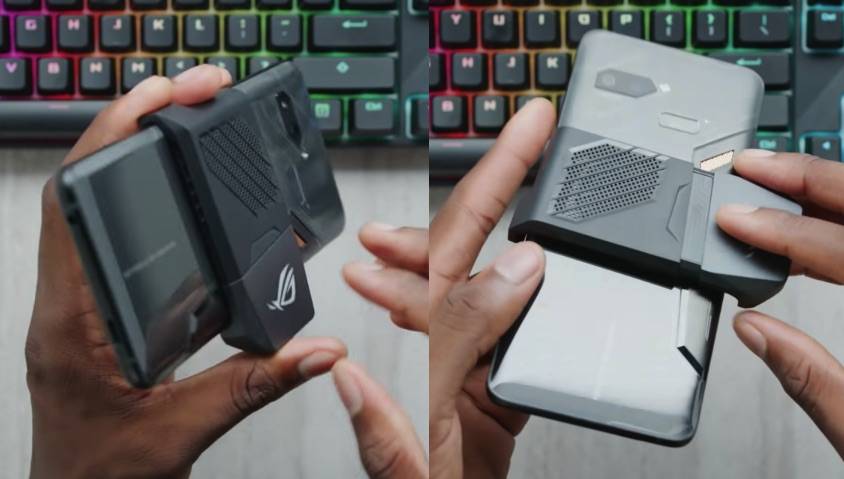 The Android phone doesn’t have a notch and it doesn’t look like any other smartphone on the market today. Aside from the headphone jack and the USB port at the bottom, there are extra ports found on one side. Two more USB C ports can be used for charging and another one for accessories. When the cable is plugged for charging, it won’t get in the way even when you are playing.

The phone boasts IPX5 and IPX7 ratings so it is splashproof and water- resistant. It’s a wide phone for fingers while power and volume rocker not so “clicky”.

What we like about the ASUS ROG phone is that it looks badass. It looks rugged and definitely, it’s gamer-ready. When it comes to the specs, ASUS ROG only has premium features: a 2.96GHz Qualcomm Snapdragon 845 chipset, 8GB RAM, 128GB or 512GB onboard storage, AMOLED screen, 90Hz or 120Hz refresh rate, 4000mAh battery with Quick Charge 3.0 and 4.0, ASUS HyperCharge technology, and a 3.5mm audio jack.