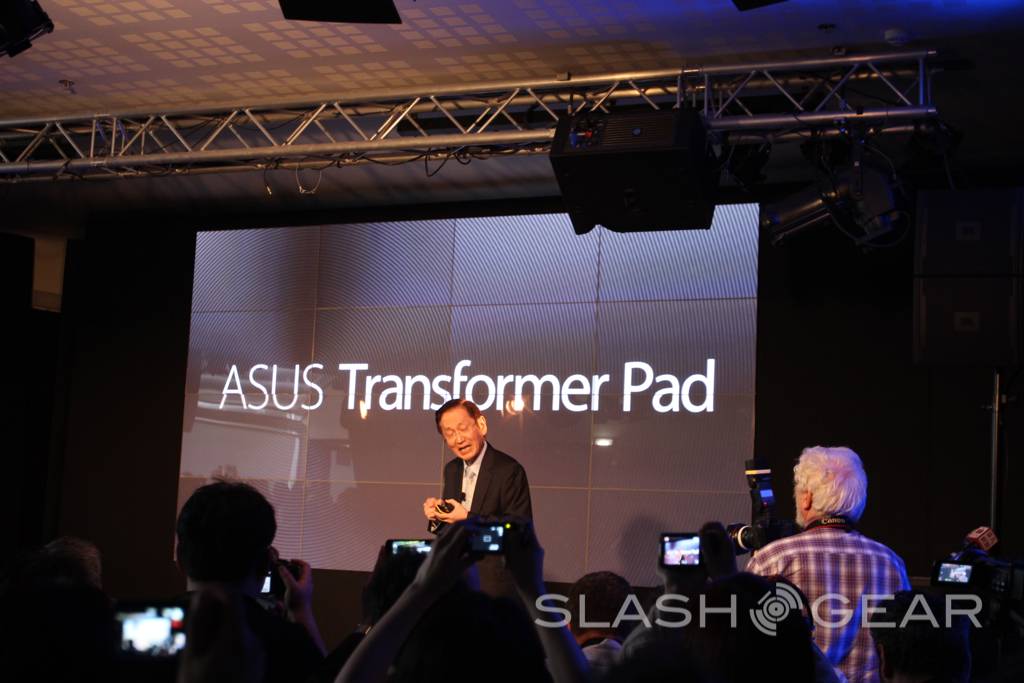 “Asus Eee Pad Transformer Prime” – a bit of a mouthful, isn’t it? Asus would seem to agree, since they’re finally breaking their line of Android tablets away from the “Eee” branding that started the netbook craze way back in 2007. Now new members of the docking tablet family will simply be known as “Transformer Pad”, plus a distinctive model number afterwards. That leaves the Transformer Prime as the last Asus tablet to be saddled with the Eee brand. Other tablet lines in Asus’ hardware armada will be known by other names, like the Padfone or the smaller MeMO tablets.

That’s not all: Asus announced that its tablets are finally going truly mobile and will break out of their WiFi-only shell soon. That was pretty much a given with the Padfone design, which combines an Android smartphone with a tablet dock, but it looks like they aren’t stopping there. Members of the Transformer Pad line will be getting wireless data as well, and what’s more, they’ll be getting LTE. That implies (but doesn’t guarantee) that they’ll be heading to the United States, which currently has the largest LTE networks in the world.

Asus brought the whole family to Mobile World Congress, including new Transformers and the Padfone. It’s all coming to light today, since it’s the first official day of the conference (HTC, Samsung, LG and Huawei jumped the gun with their own pre-show events).  We’ll be bringing you the latest news on all of Asus’ developments, so keep an eye on the MWC 2012 portal to check it out.