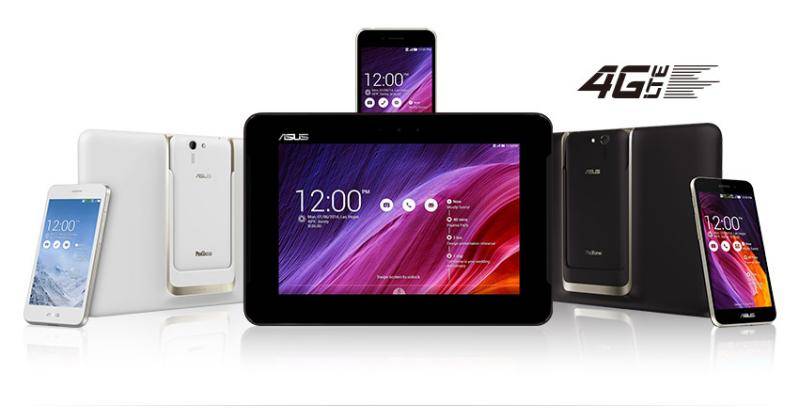 ASUS is expanding its product lineup in its Asian base of Taiwan with two new devices that sound and look like two existing models but, at the same time, not quite. The new PadFone S and the ZenFone 5 LTE do resemble the AT&T PadFone X and the plain ZenFone 5, but ASUS has put some twist to perhaps make them more attractive to that local market.

As mentioned before, the ASUS PadFone S is the same PadFone X that AT&T launched, except meant for international markets. Apparently, however, that’s not the only difference between the two. ASUS has upgraded the PadFone S CPU to a Qualcomm Snapdragon 801, compared to the Snapdragon 800 on the US version, but with the same 2.3 GHz clock speeds. In all other matters, the two are exactly the same, so you get the same 5-inch 1080p screen, 2 GB of RAM, 16 GB of storage, and a 13 megapixel rear camera. Of course there is also the 9-inch tablet dock that makes this device line unique.

ASUS has also changed the processor of the ZenFone 5 LTE, but this time with a bigger effect. Swapping out the 2 GHz Intel Atom Z2580 for a slightly lower 1.2 GHz Qualcomm Snapdragon 400 gave this smartphone one important new feature, as implied by its name. This ZenFone supports LTE networks, Taiwan’s bands to be exact, something none of the other ZenFone smartphones can do. That said, without the Intel chip, this pretty much becomes a rather plain ASUS smartphone, with the same 5-inch 720p screen, 2 GB of RAM, and 8 megapixel rear camera.