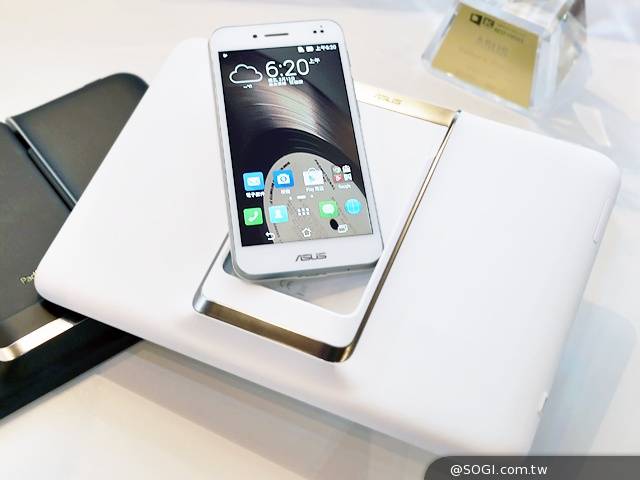 While the US is waiting for AT&T to finally let release the PadFone X to the market, the rest of the world might not have to wait much longer. At Computex next week, ASUS is expected to launch the PadFone S, which is practically the same PadFone X except meant for international markets.

Those who have been following the Android world, and ASUS’ products in particular, will no longer be a stranger to the PadFone line that lets users dock a smartphone into a tablet to gain more screen space. In this PadFone S model, the smartphone half of the duo is nothing to pan. Though undeniably made of plastic, it sports a brushed metal design around the edges in an attempt to give off a more premium look. ASUS has totally eschewed any button at the front of the device, but the conspicuous branding that takes it place at the bottom doesn’t really offer additional room for the 5-inch 1080p screen. The back cover is removable but, sadly, only for the purposes of inserting SIM and a microSD cards. The 2,300 mAh remains stuck to the rear.

The tablet dock shares the same design accents as the smartphone. Both come in black and white color options with matte textures at the back and silver highlights in some edges. The tablet itself carries its own 4,990 mAh battery to give the smartphone extra juice when docked and has a 1 megapixel front camera for selfies and video chats. It also has dual stereos, both located on the face of the tablet.

In terms of hardware, the PadFone S smartphone is equipped with the 2.3 GHz variant of the Snapdragon 801, with a healthy dose of RAM at 2 GB and internal storage at 16 GB, expandable up to 64 GB only. The smartphone does have its own cameras, higher than the tablet dock, at 13 megapixels at the back and 2 megapixels on the front. ASUS’ custom ZenUI can also be found here, running on top of the latest Android 4.4.2 version.