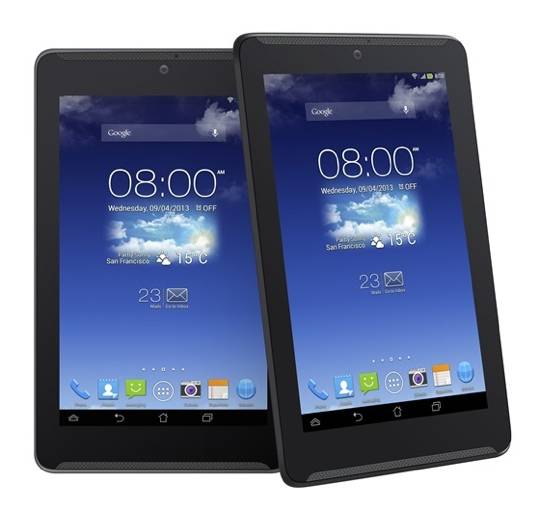 ASUS already unveiled the MeMo Pad 8 and MeMo Pad 10 tablets during IFA, however that is not where they are stopping. In addition we are also seeing some details on a pair of Fonepad branded devices. These include the Fonepad 7 and the Fonepad Note 6 — both of which will arrived powered by Intel.

Shifting over to the Fonepad 7 and we find a device that will have a non-slip finish on the exterior as well as voice support (GSM and WCDMA). ASUS is pushing the Fonepad 7 as being for those who want “smartphone features with a tablet-size screen.” This will include HSPA+ 3G connectivity with support for speeds up to 42 up and 5.76 down. In addition, the Fonepad 7 will have 8GB, 16GB or 32GB of internal storage, a 3950 mAh battery, 1.2 megapixel front-facing camera and a 5 megapixel rear-facing camera with auto-focus and 1080p HD video recording. 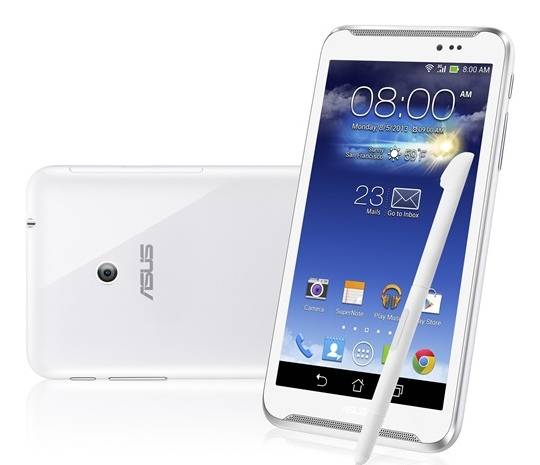 The Fonepad Note 6 is being pushed towards those who “prefer the larger screen of a tablet for apps and entertainment, but who don’t want a separate smartphone.” With that in mind, the Fonepad Note 6 will measure in at 10.3mm thick and weigh in at 210 grams. Other specs here include options for 16GB or 32GB of internal storage along with a microSD card slot, 1.2 megapixel front-facing camera, 8 megapixel rear-facing camera and a 10-point multi-touch capacitive display.

The Fonepad Note 6 will also have the stylus which comes with features to include Instant Page. That app will launch when the stylus is removed for quick access to take notes — and just in case you are worried about any delay, Instant Page launches instantly regardless of which other apps may already be in use. Some of the other stylus friendly ASUS apps include Smart Crop and Smart Peek.

While ASUS has been pretty forthcoming in terms of specs, they have yet to say when these devices will be available of how much they will cost.